Alright, I realize half of you think this blog is practically dead, and I can't blame you at all for that. It's a bunch of work to keep it updated, and I've been busy saving money, and getting settled into my new job.

But things are coming! Major things!

Yesterday I planned out a day trip with my friend Pierre (the same one with the Victorian Farmhouse), to finally go buy some interior doors. I found ONE company (Reno Depot in Quebec) who carried some affordable interior wood doors in the style I wanted, but the nearest location is near Montreal (about an hour away). The doors are 5 panel, solid pine, and priced at only 74.99$ each. Comparable doors (special order or stock) from other local retailers tend to fall between 300-800$ PER DOOR. Not gonna happen, as I need 8! Pierre had access to a van/truck so I just had to pay for the gas. We stopped and had Chinese food for lunch. 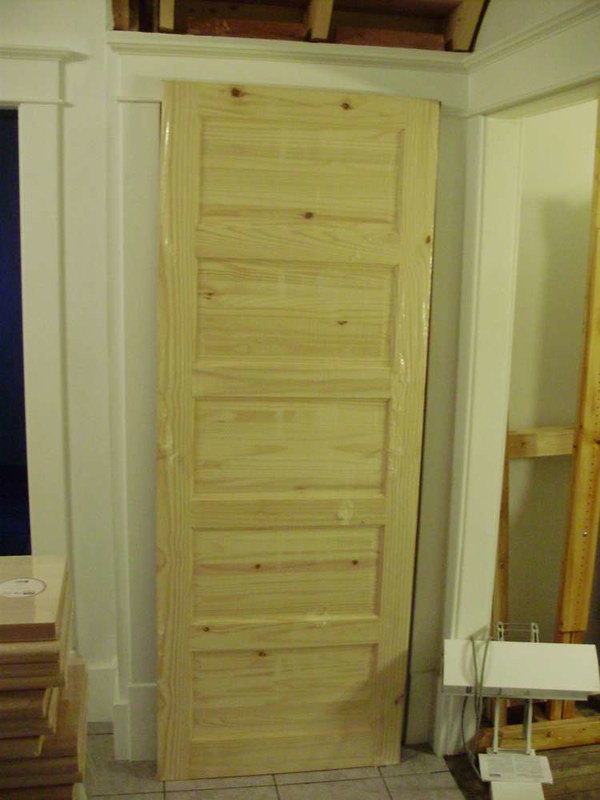 The doors are not the super high-end "engineered" doors with beautiful clear veneers on the fronts. They are just solid knotty pine, and they do have small inconsistencies (which is fine with me). That said, once they are stained and varnished they will be exactly what I wanted, and they should look great. I was worried they might be crappier looking in person than how they look on the website, but I was pleasantly surprised by the quality. The doors are apparently made from sustainable wood sourced, and built in Brazil.

They only had 9 doors in stock and two of the doors were damaged (one had a broken top corner and the other one was damaged by packing straps and sun-darkened) so rather than make a trip to the second nearest location, they offered 75% off on one, so that door was only about 20$. I got the one with the broken corner and I should be able to patch it. All together, the 8 doors cost 625$ incl. taxes. 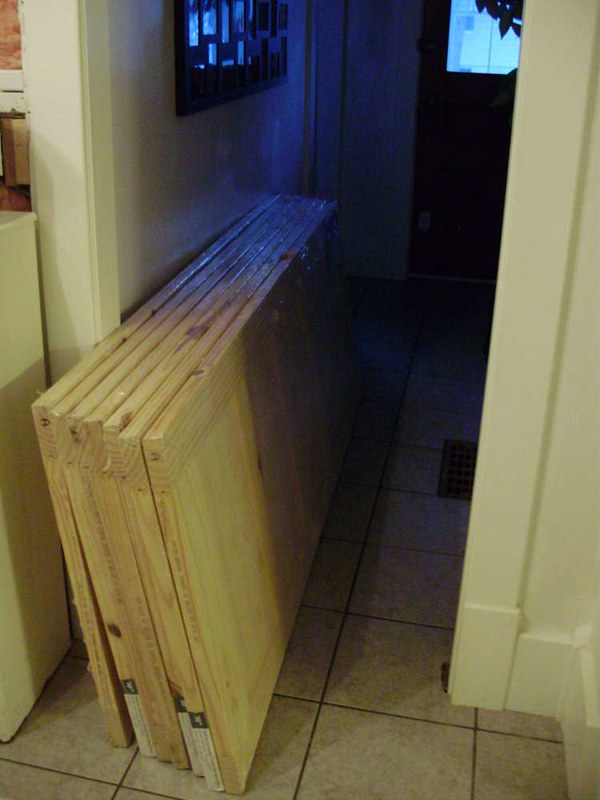 These doors ONLY come in 30x80, which is conveniently the size I need for all the doors. The only potential problem with them is that the bottom board is a BIT wider to allow for trimming, but I need to cut off 2-3" on some of them, which will be quite a lot to remove. There's not much I can do about it, so I will try to make it work.

On the same trip, we were also able to stop by BMR (another retailer largely popular in Quebec, but with a few Ontario locations) and I got the solid birch treads for my staircase. The first one we went to had only 1 left in stock, but a second location about 5-10 minutes away had a whole pile of them. Birch treads are hard to find locally. In town I can only get oak or maple, and only as "kits". The single treads were 24$ each as opposed to over 40$ for a kit (Home Depot/Lowes). Total cost for the 12 steps I need: 330$. I will have to get the risers (the flat upright boards) cut locally from veneer plywood/particle board since the kit ones or separate ones you can buy aren't tall enough for my stairs (I need a custom size).

(No pic) <-- Actually scratch that, you can kinda see the pile of them in the first picture!

I also hope to order the flat roofing supplies to do the garage roof later in the summer. I want to try to do that when I have a few extra days off work, but I think I'm only free around September for days off.