Alright, I have quite a few photos that I want to post, so I'm doing it in two parts.

In house news, last weekend, I finished glazing the porch door (which turned out wonderfully), and after a week, it seems fairly dry enough to paint (not like last time when it was still very squishy after nearly a month of drying). I need another can of the exterior porch paint, so I can't finish painting the door until then (I'll go this weekend for the paint). I also need to re-order some slot head brass screws. I'm quite pissed about this. Earlier this summer, I had bought some "size 8" brass screws, and I had assumed that the heads would be the standard size, which is the size of all common deck screws. However, when I tried them in my hinges, they are closer to a size 7, which won't fit.

Last week, my friend from Ottawa visited. She had a favour to ask of me (which I already knew about ahead of time), which was to repair her aquarium. Basically, she just moved earlier this month, and after the move, the aquarium developed a small leak.

I had never done any kind of aquarium repair, but apparently they're only held together with "more or less" regular (but good quality) silicone. The thick, sticky, goopy kind. She bought/provided the special "aquarium sealant" which is basically just clear silicone. I've done a sh*t-ton of caulking after becoming a homeowner, so this was a piece of cake to do.

The only hard/annoying part was to painstakingly scrape off the old silicone. This was done with a glass scraper with a new blade in it. It took several passes with a lot of force/pressure on each joint.

I didn't redo all the seams, and instead focused on all the vertical (thin) seams, which seemed to be the problem ones.

After waiting 2 days, and filling it up, I'm happy to report that it's now leak free (and looking quite wonderful if I say so myself). 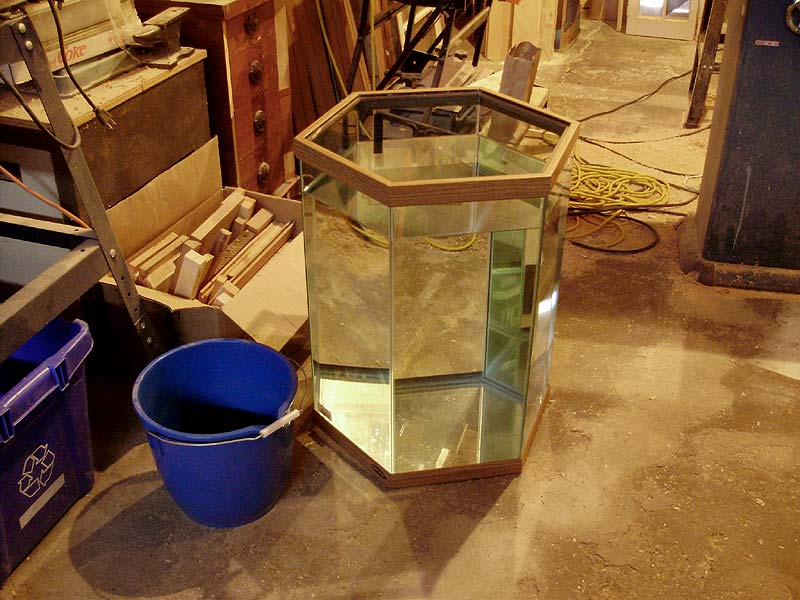 I'm actually amazed at the amount of water/weight that this aquarium holds. It's a 33 gallon, which (according to Google) holds 245Lbs worth of water! It took 7-8 mop-pails full (the blue one in the picture) to fill the tank. I'm just amazed that the glass doesn't bow-out and shatter under the weight. Everything seems perfectly fine (and sturdy), so I guess it's fine.

When she came down with her aquarium, she also brought with her the fabric I had picked out for my curtains!

I've already mentioned that it's the Ikea "Stockholm" in Beige (which is actually more of a grey-brown. The only problem with the fabric is that the pattern doesn't go up to the edge. It's 60" wide (and I need 28" for the width of the windows, plus seam allowance), but the pattern leaves a rather wide blank area on each side. I had thought of cutting it perpendicular, but that would make the pattern sideways, and then I'd have a dark area at the top/bottom of each panel, which is worst.

So... I'll just have to "make it work". I don't really mind the asymmetrical look that it'll have, but at least I have 4 windows and I can pair them. 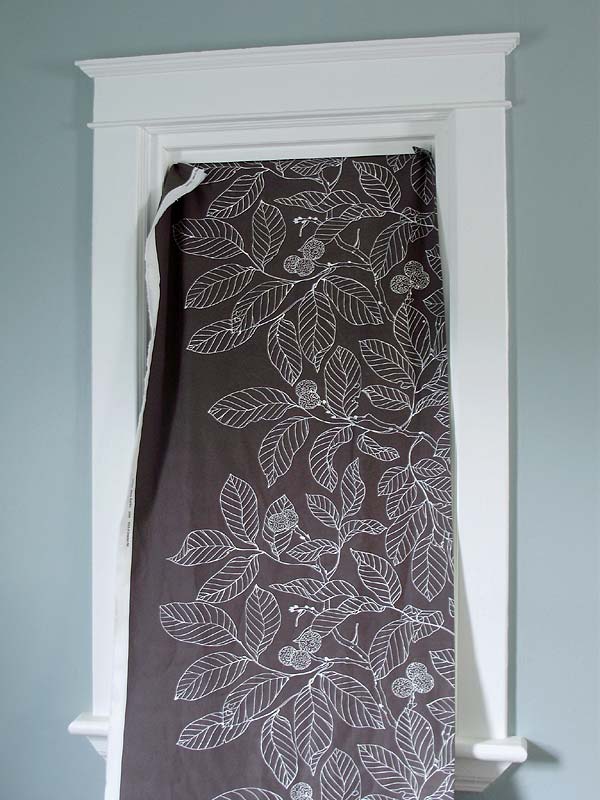 These were some other fabrics that I had looked at in town.

I really liked this one (especially the colours), but I found that the pattern was too busy. 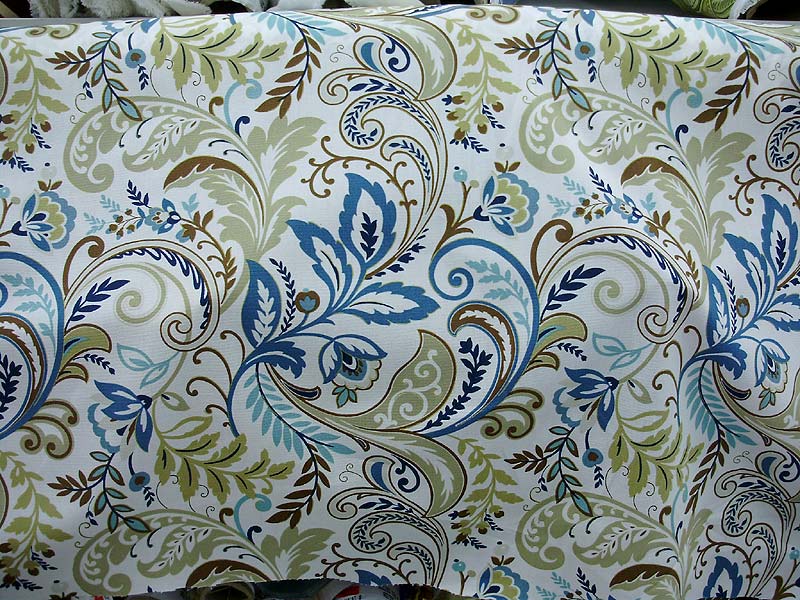 This one was kinda cool, but way too thick and heavy for Roman Blinds. 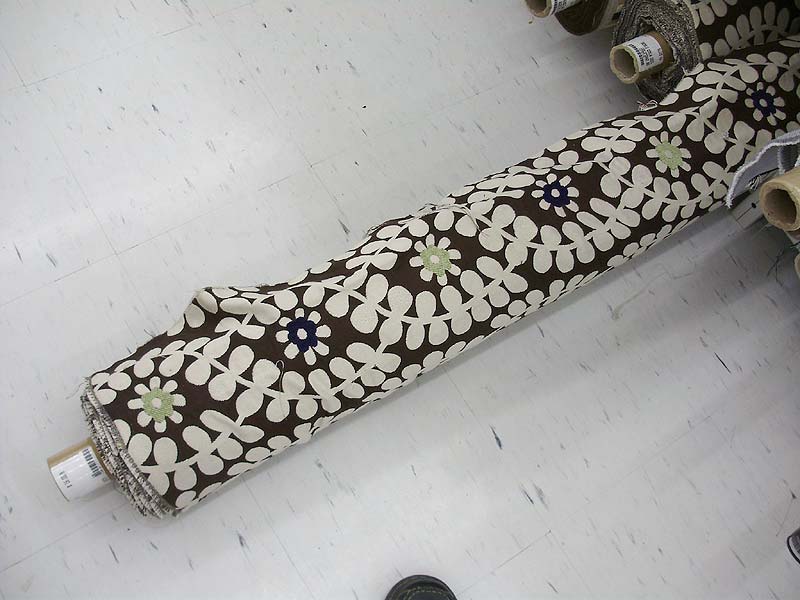 Nice, but too "matchy-matchy" with my wall colour. 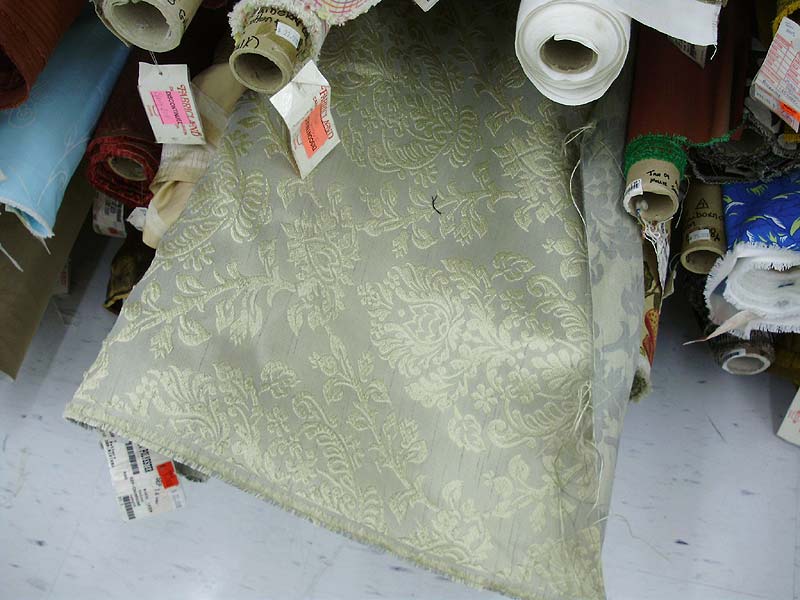 Fun, but a bit too retro for me. 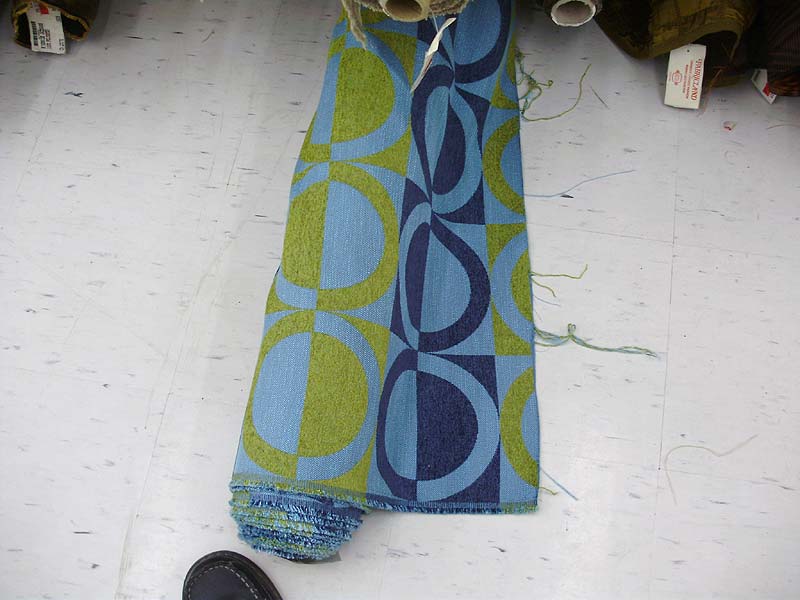 I *REALLY* liked this one, which reminds me a little bit of "toile" fabric, but it was too thick... 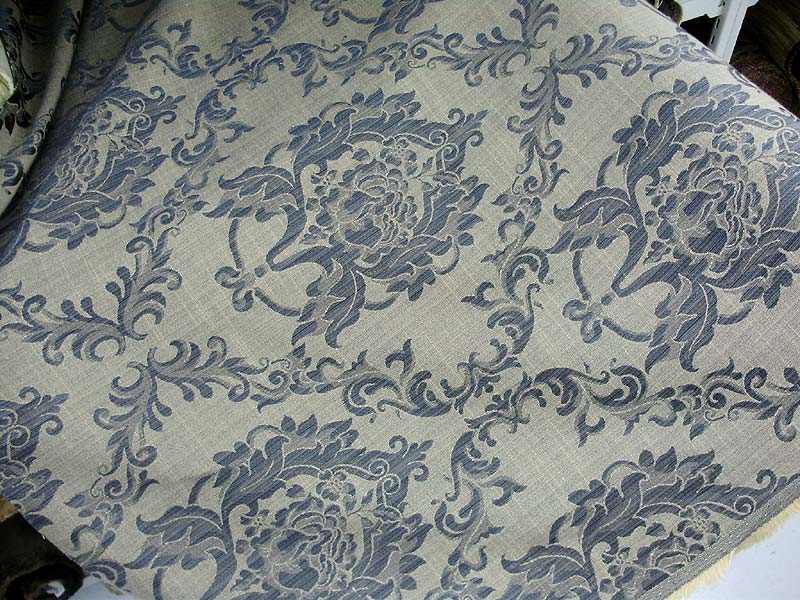 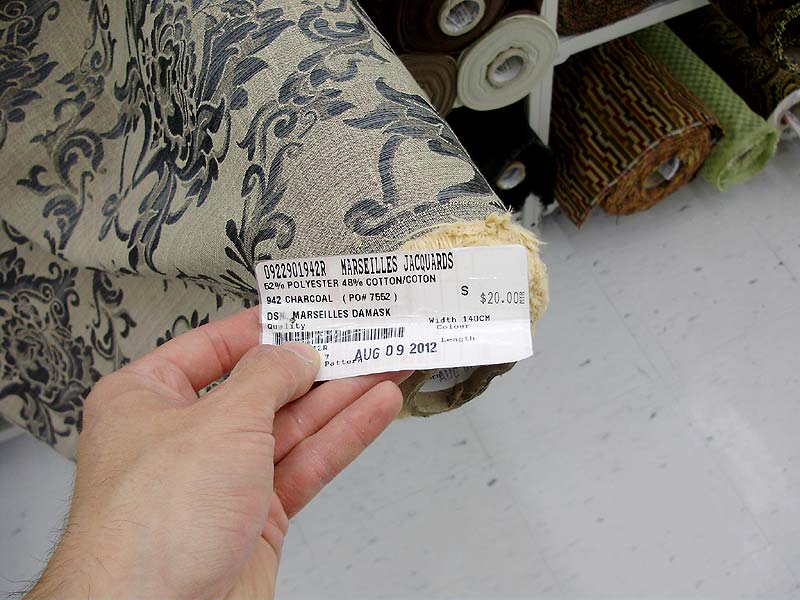 Onto another topic. Remember the Rankin Apartments (I keep mentioning them, since I walk by the building weekly). Well a few weeks ago, I spotted more doors by the dumpster. 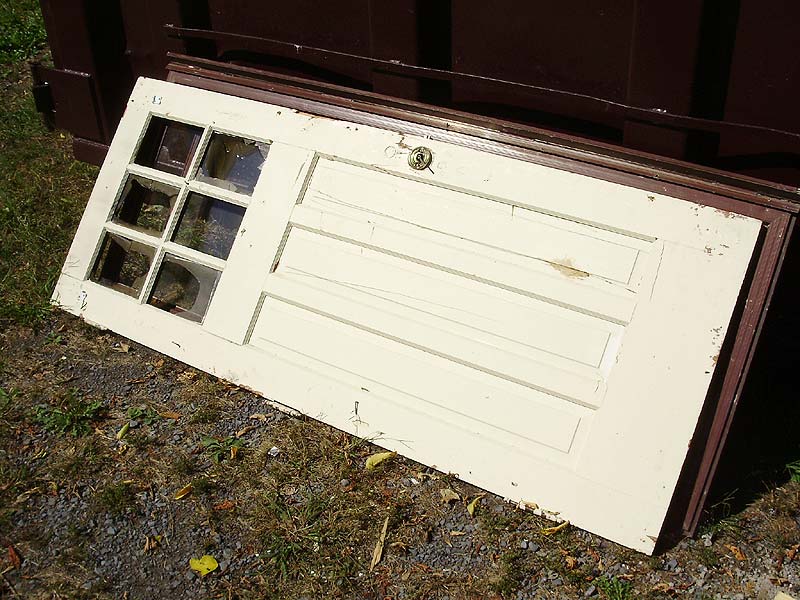 That's a rather beautiful door, but I didn't take it for several reasons. Reason 1 was that the entire other side was blackened by fire damage (badly). Reason 2, Condition: The door had been refitted with a more modern knob, and it looked like it had been kicked-in at some point, with damage to the main edge, and big slivers broken off. The glass panels were also all smashed.

What I *DID* save, though, were the wonderful ball-tip hinges! These are very thick QUALITY hinges. They also had half the original screws on the door side (obviously). These are "flashed copper" or "Japanned" copper hinges. I have no freakin' clue why they would call these Japanned, but I've seen the term used several times. Basically they are copper with darker blotchy areas, kinda like an animal print look.

The door behind it was a crappy (modern) busted-up screen door.

There was also (against the building) a damaged old door, so I took the lockset/handles from it.

Weeks earlier, I had also "stolen" a primitive light fixture out of one of the back porches. Nothing fancy, just a porcelain ceiling "disc" a spiral wire, and a socket (from the 20s/30s). I wasn't sure if I should take it, but I was pretty sure that the back porches were going to be torn down. This past week, I was happy to see that I was right. The one fixture was the only one available (or left), otherwise I would have klepto-ed more of them.

These are the back porches I'm talking about (which are no longer there): 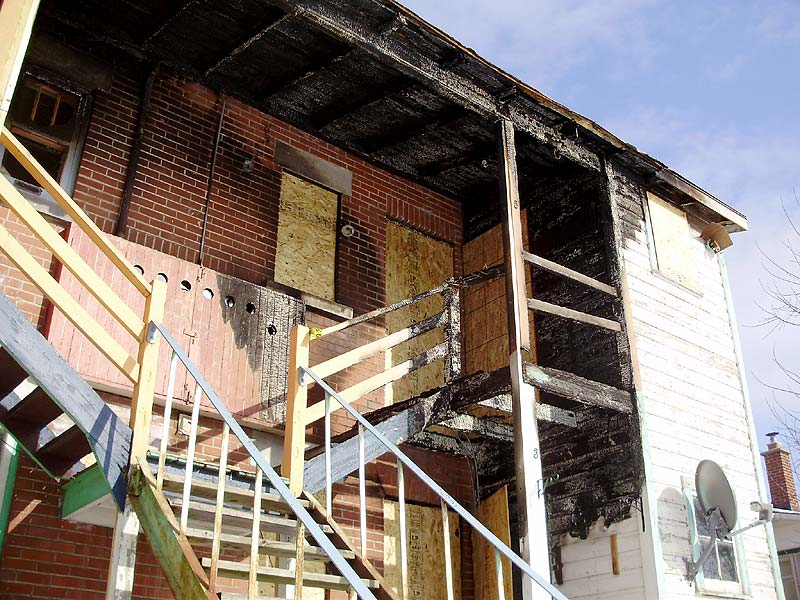