Before & After Photos - First Floor

Here are some before and after photos of the first floor renovations between the day I bought the house, and just after I finished the floors. These are just a few random photos I was able to match up with an old and new image. There aren't many that show the hallway or front door. 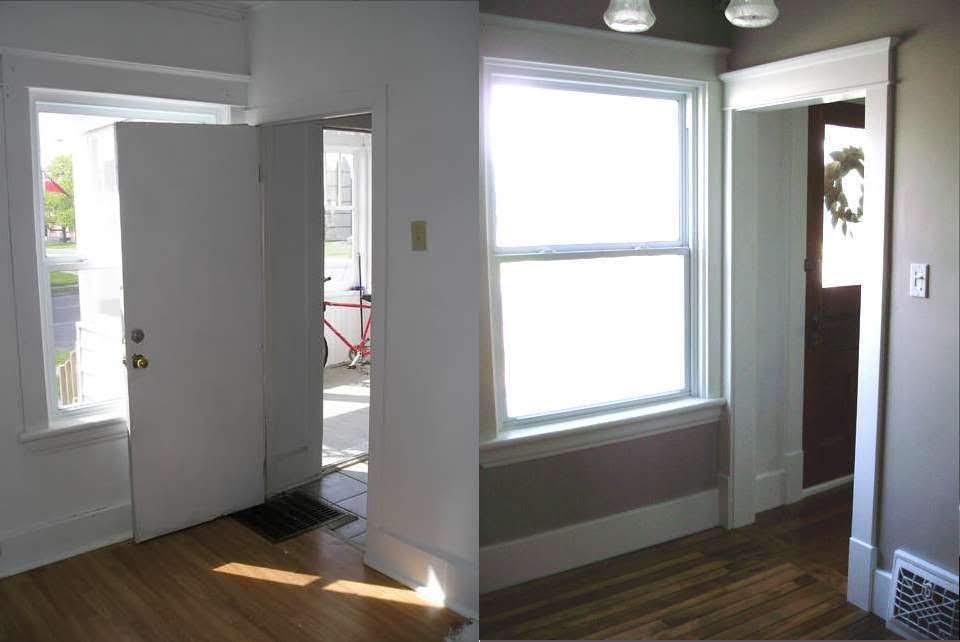 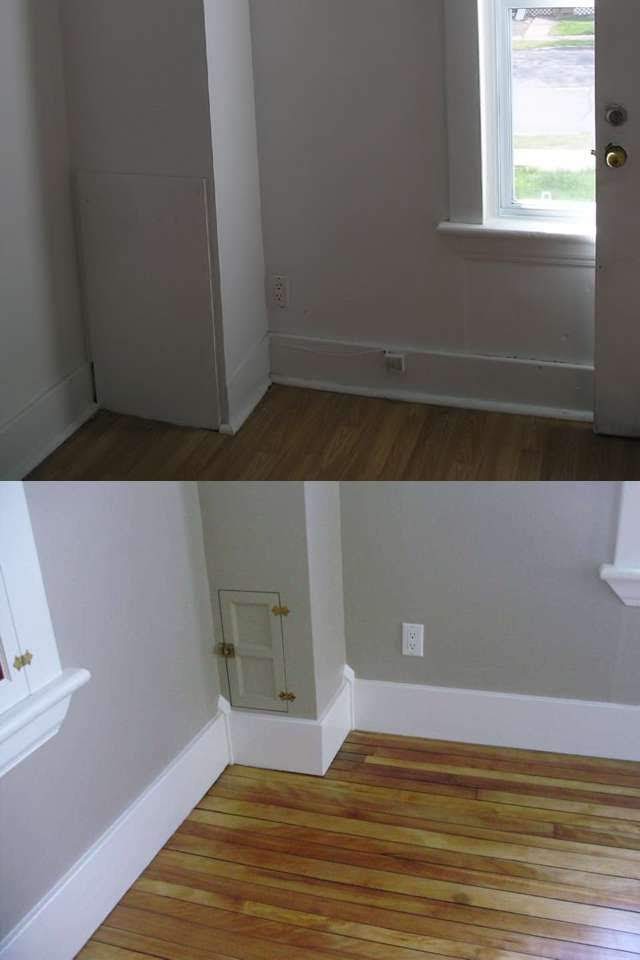 It doesn't look hugely different other than the door and the repaired mouldings, but this corner was huge. Note that the outlet location in the wall did NOT move. Hole in the floor had to be patched. 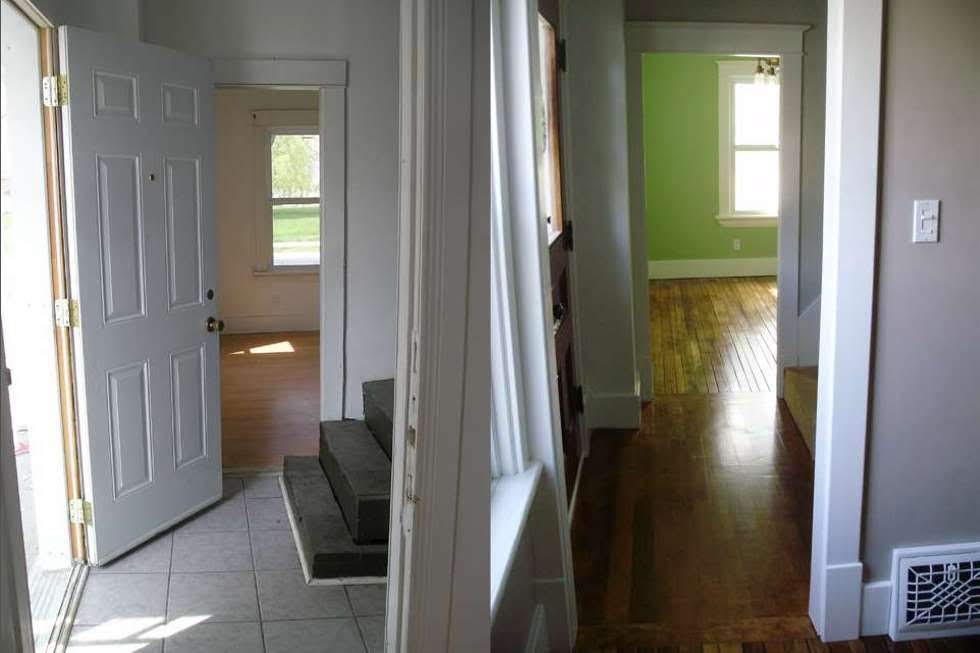 The stairs were not original and I can't imagine that they originally ended partially into the doorway. 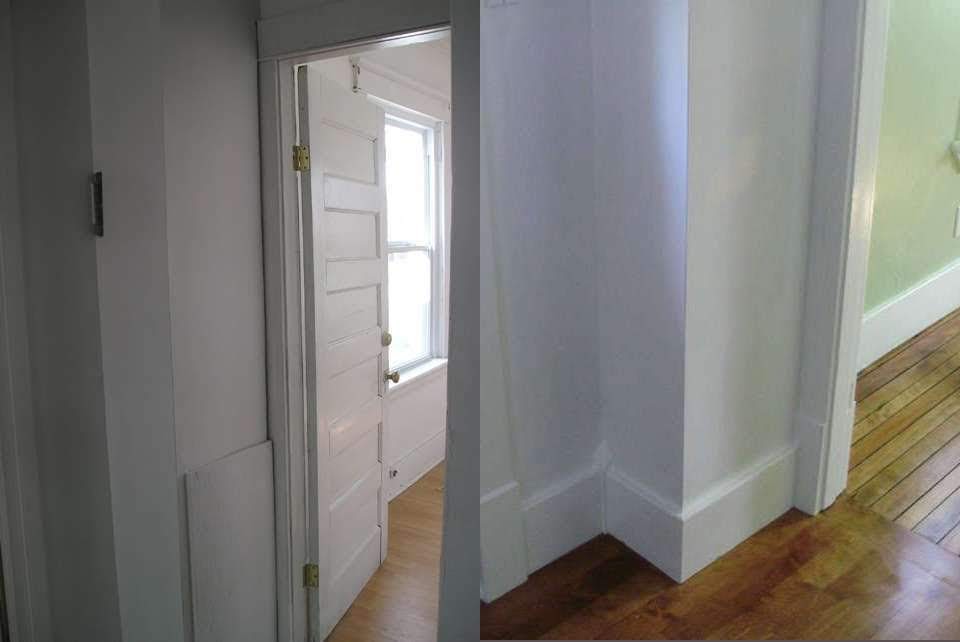 Notable change is that the light switch is no longer buried into the wall, and that ugly plywood access panel (which served no purposed) is done away with. The entire drywall column was redone. 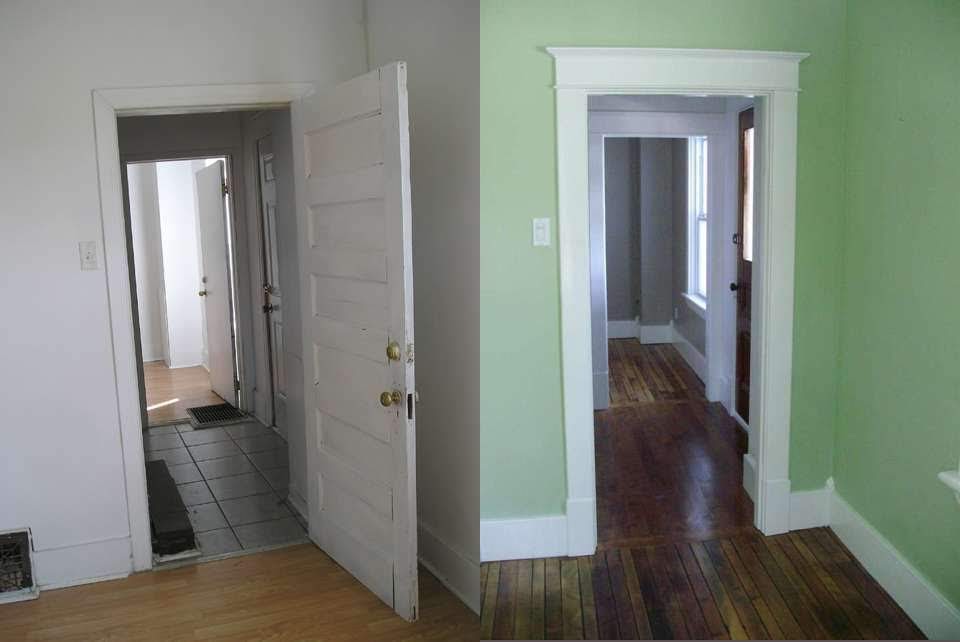 Living room before/after. The bare light bulb was replaced with a rewired antique pan chandelier from the 1910 era. The new flooring that was removed revealed an original heating grate opening. I had to swap some around to get one to fit this existing hole. The entire corner duct work column was completely redone. Again, electrical outlet no longer partly covered by the wall. 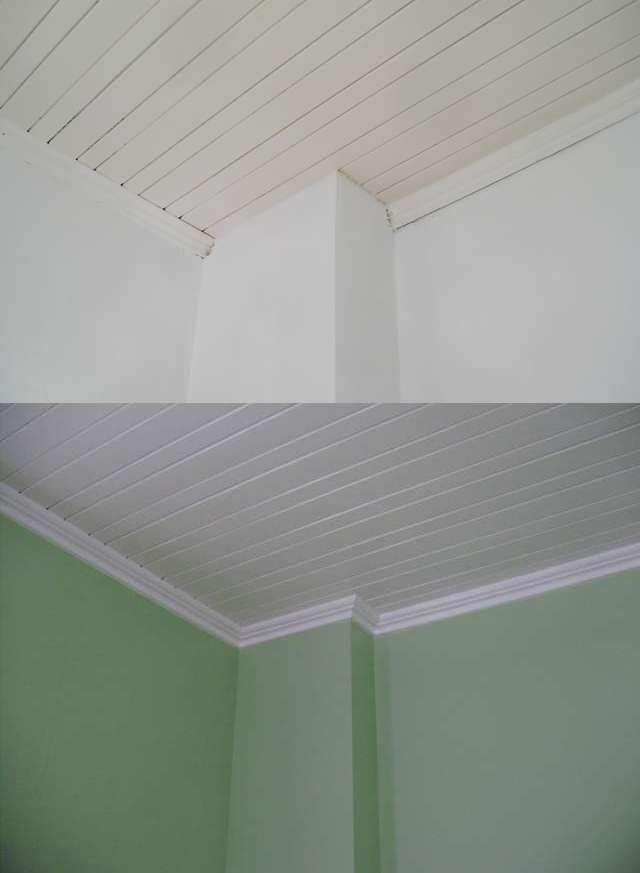 Some new crown moulding was made to match. Note that the size shrunk down quite a bit (width of 4 boards down to two). 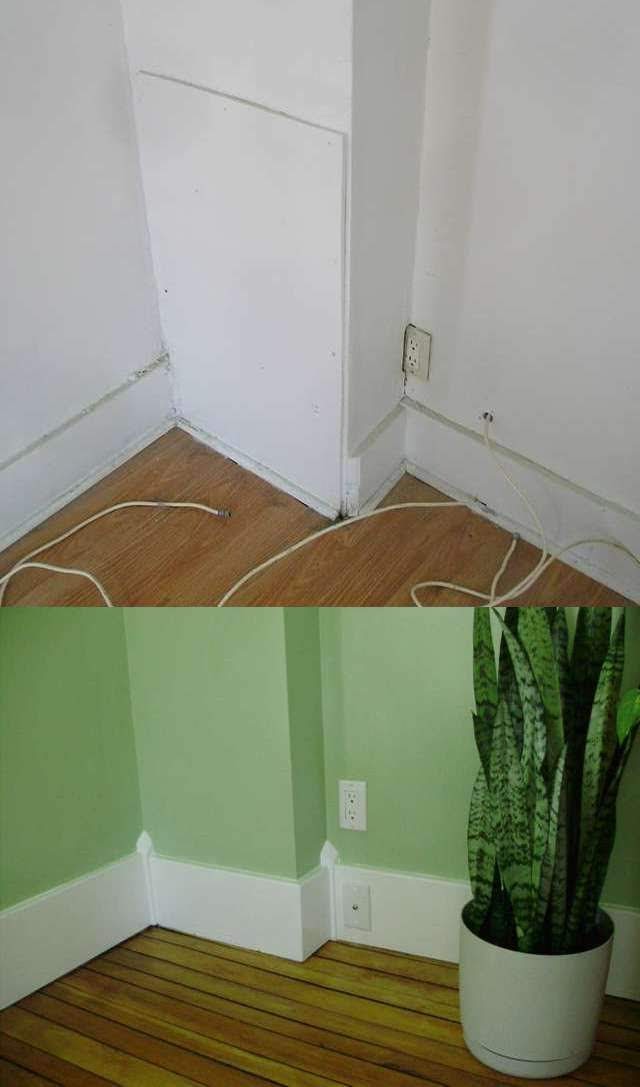 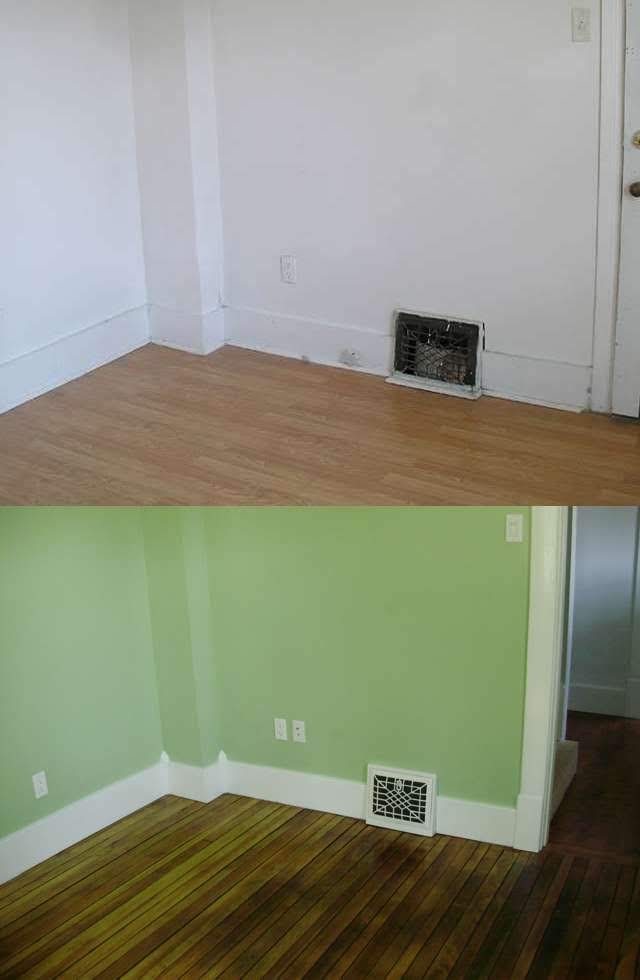 Opposite corner. That drywall corner was also redone. Heating grate was repaired and painted to match the baseboards. The additional outlet is for phone and cable connections. 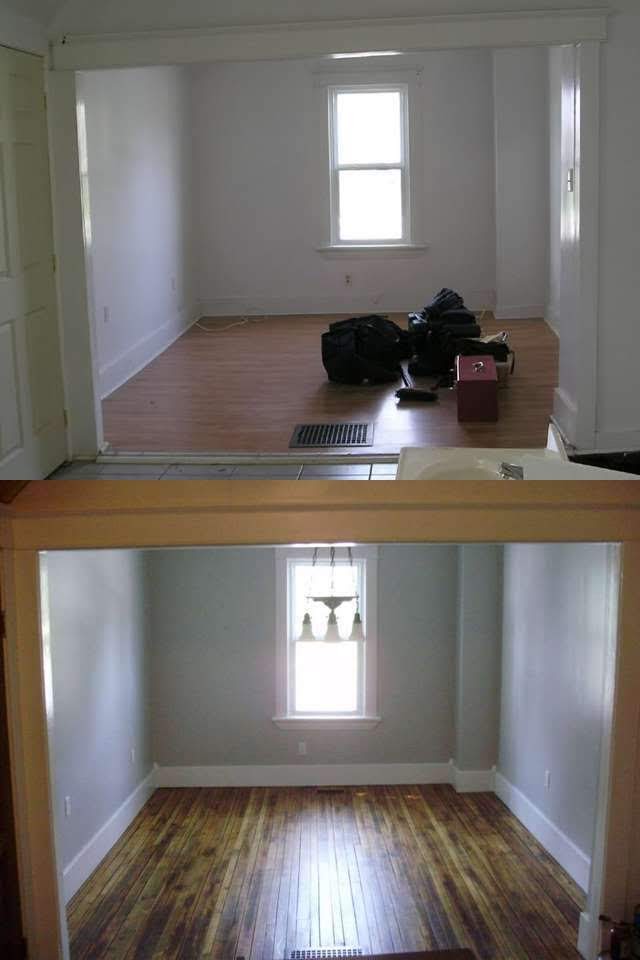 Lastly the dining room. Most of the work in this room was restoring the ceiling and repainting it. Other than that, redoing the two drywall corners (you can tell visually how much the one in the far right corner shrunk), repairing/replacing the mouldings and refinishing the floor.
Posted by JC at 12:03 am