Here are some photos of the finished crown. As I mentioned previously, I decided to use a new crown in all the main rooms, and restore the missing pieces of original crown only in the living room and office. The main reason for this is because it will be very difficult to match it. If we had a very similar cutter at work, I would have made matching crown for the entire first floor, but that's not the case. The new crown is still a very nice match to the door casings (mini crown on the door and window tops). 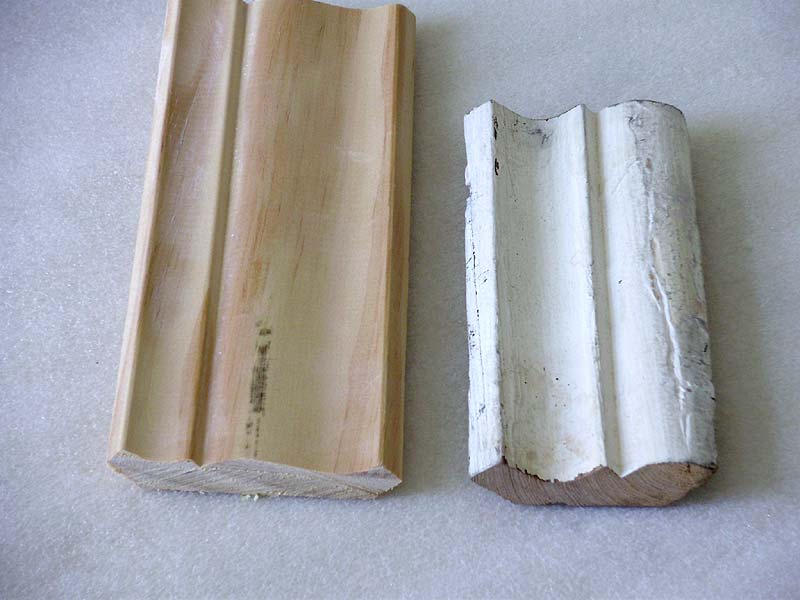 View from the kitchen door. Office door to the left, front door in the centre. 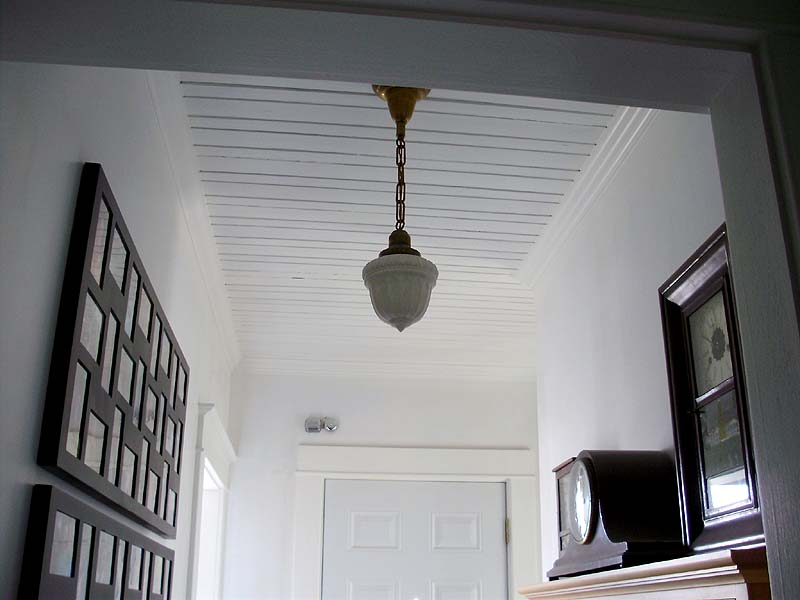 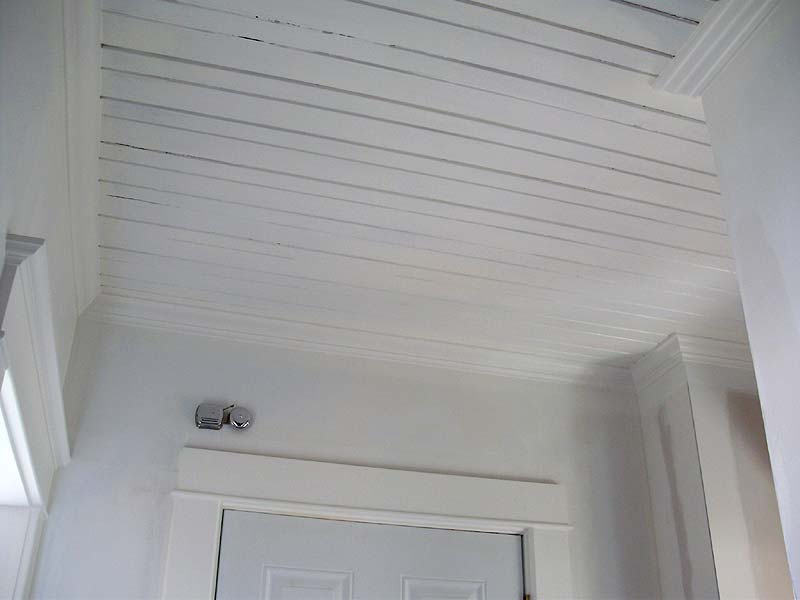 Front door to the left, living room door in the centre, and stairs to second floor on the right. 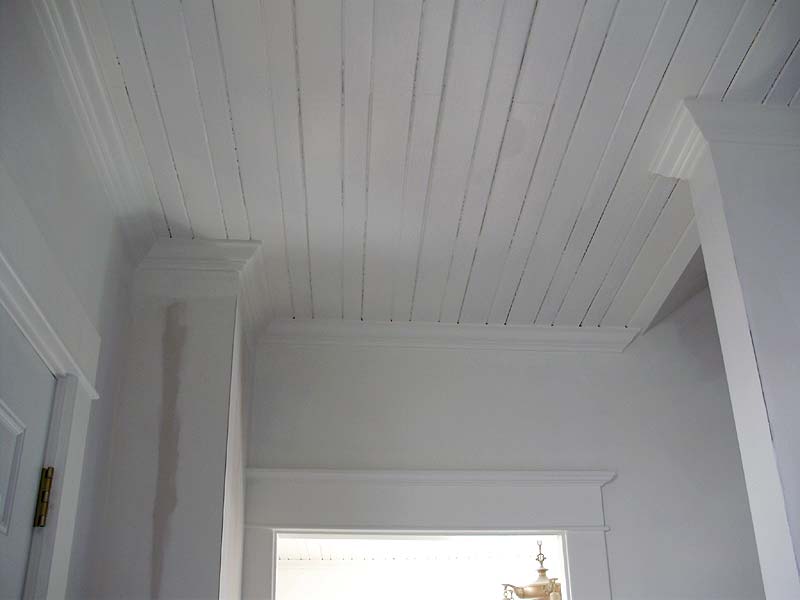 I decided that I'm going to use my "oops" paint for the main hallway. This was a "slightly too dark" shade of beige that I had originally bought for the bathroom. This was an expensive "boo boo" at 50$ for the 4L can, but I think it will work nicely in this hallway. I haven't decided how I want to address the division at the living room wall/door leading up the stairs. Any suggestions? Ideally, I would paint the entire stairwell opening up to the second floor the same colour, but I don't know if I want to do that (it's going to be a huge pain, and I have a bunch of drywall repairs/patching to do up there.

Here's a shot of what I'm dealing with (I literally laid on the floor to take this). Living room door to the left, and you can see the bathroom fixture/fan opening upstairs. Just out of frame is the ceiling light fixture in this stairwell, which will eventually be that 4-light chandelier.

Note: the rectangular hole in the drywall at the top of the stairs on the right was from when I redid the sloped/angled ceiling part in the kitchen. It hasn't been fixed/patched yet. 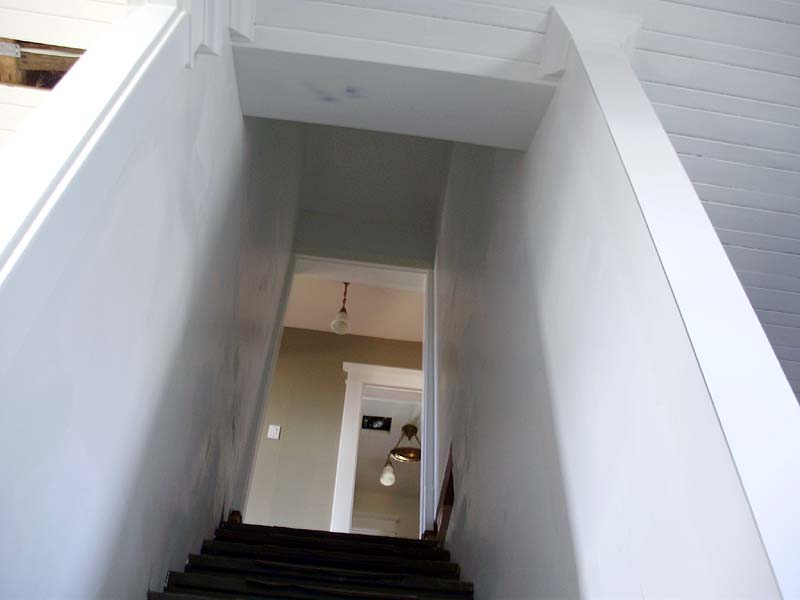 Here are a few shots of the crown in the dining room. 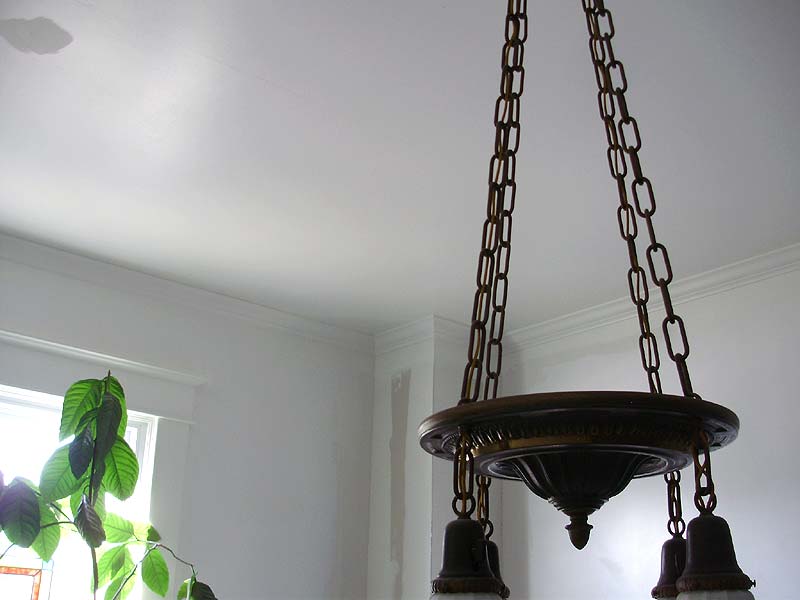 Facing partially into the kitchen. The garage (ugly metal) door is visible. Note the beautifully repainted/restored arch. I'm very happy with how it turned out. This entire casing is warped. Like a LOT. I have about a half-inch thick gap filled with caulk in the top against the wall. You can't tell, though. And that's despite the crazy amount of nails I put into it, to try and flatten it out. It's solid white Ash (which is harder than oak), so that's the best I could do. There's also a TON (50+) of huge chips and holes in the front board that have all been carefully filled/patched. 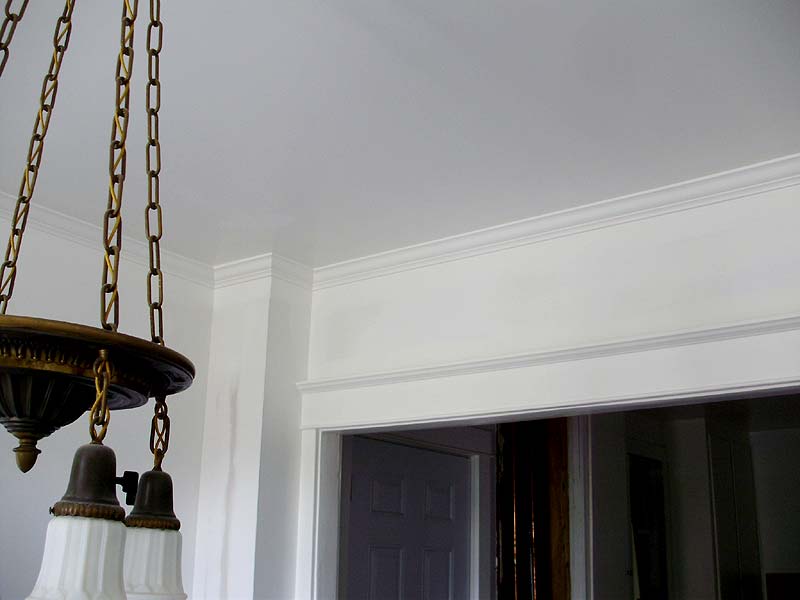 Here you can see the basement door opening, and then the opening to the front hallway (where the first photo above was taken). 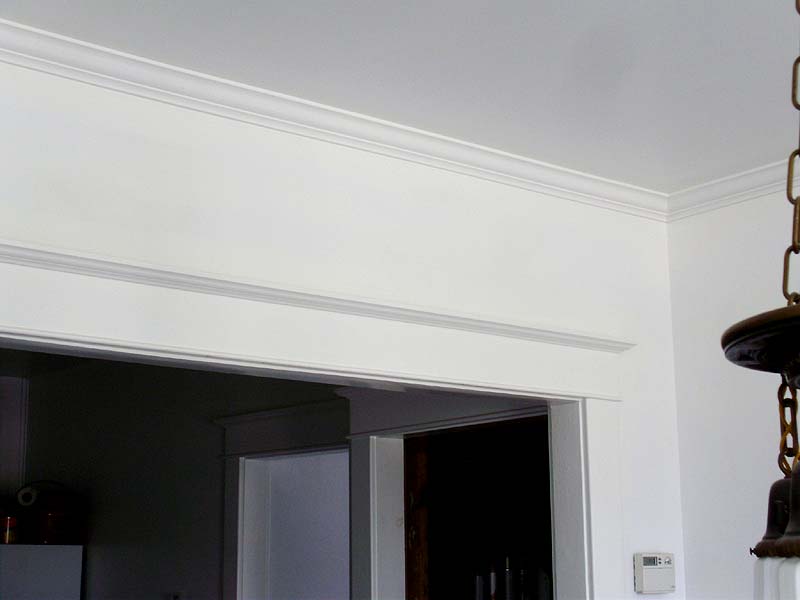 As for the doors project, so far I have the double coat of primer done on two sides. Next will be a very quick light sanding, and then the first coat of final paint. 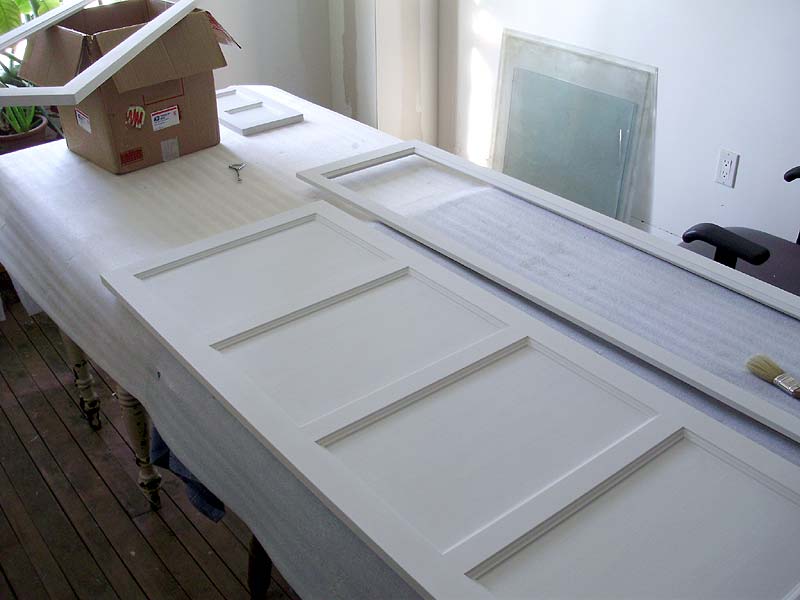 Side note, remember the other day how I mentioned my "ghetto curtains" situation? Well, I thought I'd share that. This is the one in the living room window, and the office window is the same. Basically just two nails in the top crown (where the holes won't show), and some old tab curtains from my old apartment. 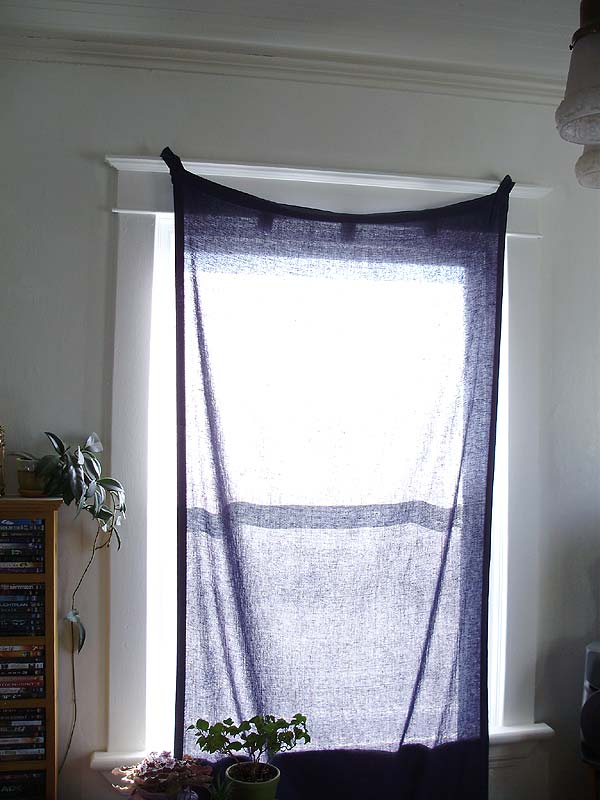