So I'm realllllly falling behind on posts. Things have just been really busy lately. I'm sort of back to work, but off again this week.

I picked up a complete DISASTER longcase clock to repair for a client (which will bring in some much needed cash). The clock is so badly damaged that it's almost as bad as if it had fallen face forward on concrete. It's now all fixed and ready to go. I'll be posting about it on the clock blog later. Here's one of the before photos: 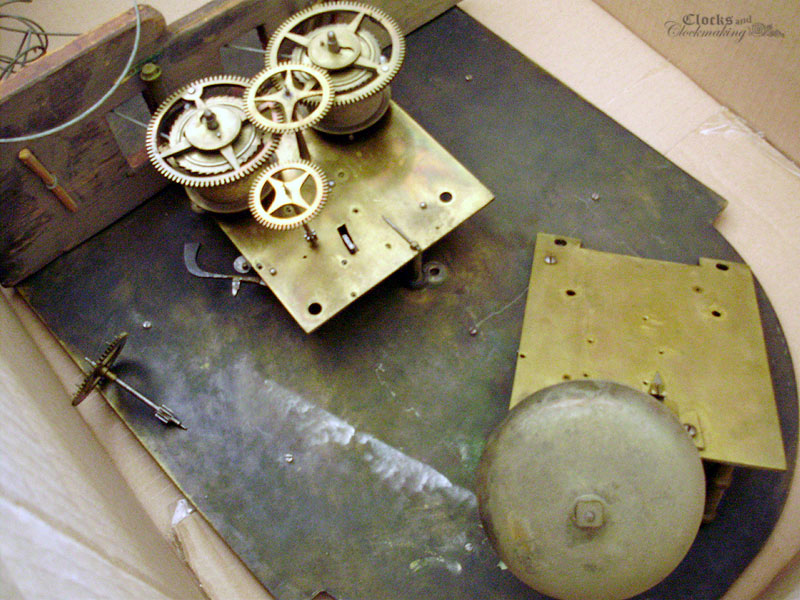 So what else has been eating-up my time...

The farmhouse is still coming along nicely but slowly (I'm about 4 or 5 posts behind on it).

There was Canada Day on the 1st, and that same weekend was my friends' annual family & friends BBQ. Good food with good company.

I finished-up working on the shop hutch, but I'm not ready to post about it until I can dig-up all the photos of the build from the past... 4-5 years? I need to take better "finished" photos, and I want to recap the entire project within one post. Here's a teaser of the hutch: 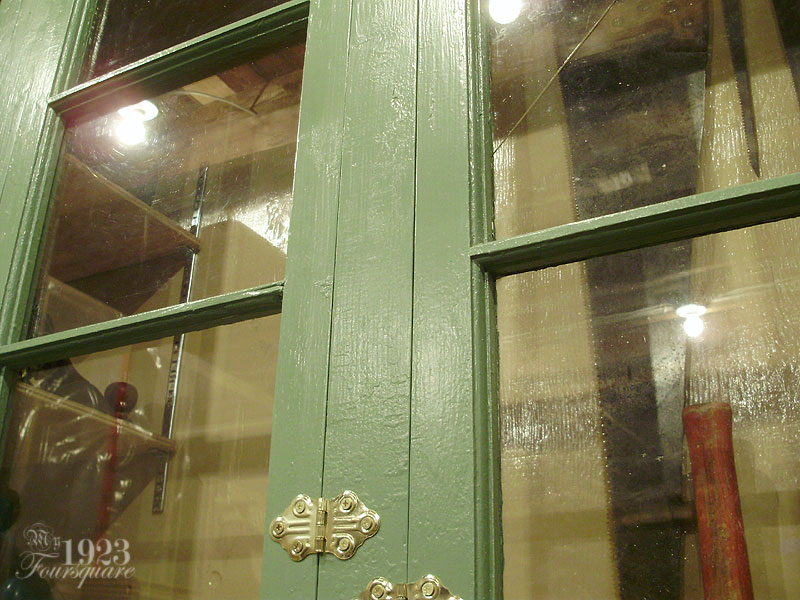 I found some awesome antique light fixtures as a gift for my Dad's birthday, which was last week. One part was missing so I spent some time running around and assembling a makeshift replacement. These are "chain" light fixtures from the 30s or 40s. One of the socket bases that holds the shade was missing (new ones are 75$). Both shades, the one base, and all the chains were only 6.99$! Check out eBay and see how expensive these sell for normally. This was one heck of a great deal! 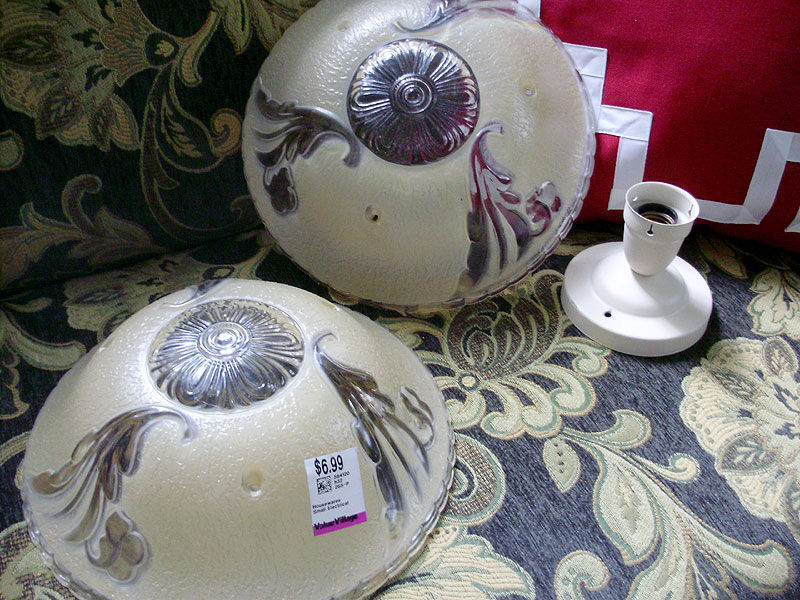 Dad was thrilled with them, and I had time to hang one of them for him right away. The second one needed a special adapter plate, so I couldn't install it yet. 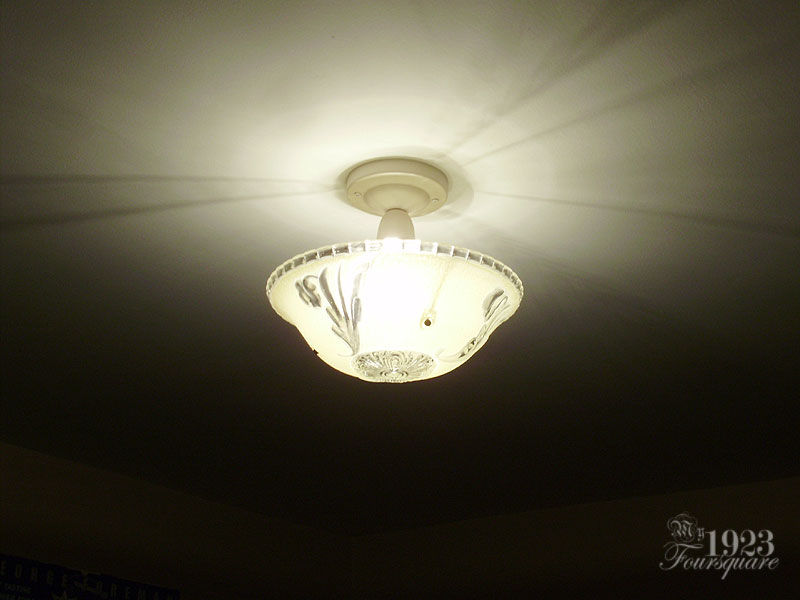 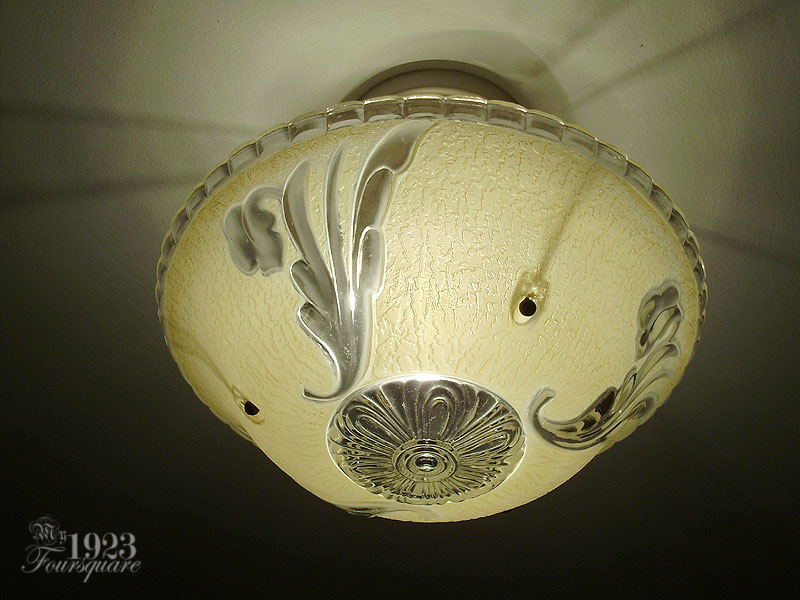 I started a painting last night. I've been planning to start it for several months. 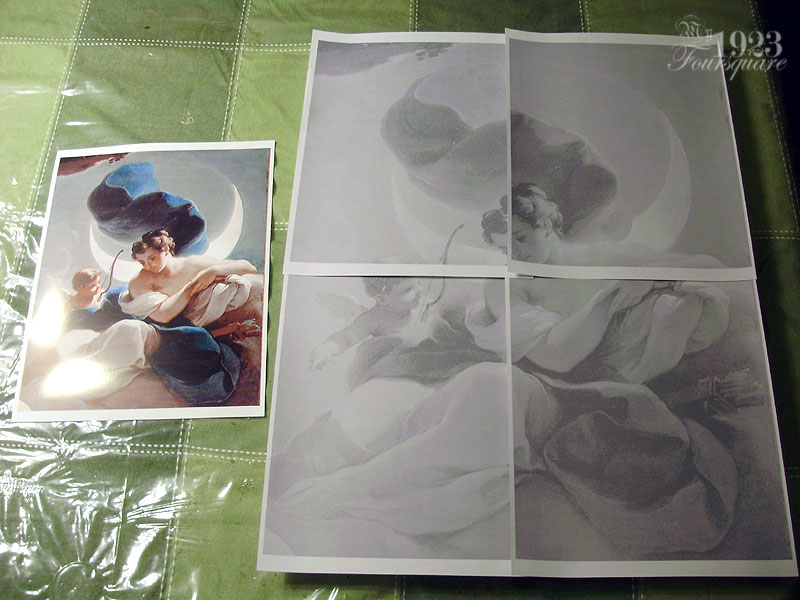 The painting is a cropped section of the painting "Selene and Endymion" by Ubaldo Gandolfi ca. 1770. I assume that the cherub is meant to portray cupid. In the full sized painting, Endymion can be seen below Selene, lying asleep in a cave. In Greek mythology Selene is the goddess of the moon, who fell in love with the mortal shepherd Endymion. There are several paintings and depictions of her, but I came across this photo a few years ago and really loved it. I have no particular interest in Greek mythology or moon goddess worship, I just liked the picture and I have several antique frames that need paintings in them, haha.

As soon as I have more time, I'll be posting several more farmhouse posts. I may condense some, and eliminate a lot of boring photos. You don't need to see drywall patching, or more electrical.

I also have a Westminster clock to finish repairing for another client (since Nov-Dec), a Victrola top to repair and refinish for a US client (from over a year ago), a client who needs me to order new gut lines (and install them) for an antique longcase clock, a possible cable replacement on another more modern longcase (I haven't seen this clock or even met the client yet), and I need to revisit (check) my friend's parents' longcase which stopped a while back. That same friend's father has an antique (scrap 1850s) piano that he's donating to me for parts.

So if all that wasn't enough to keep me busy, I thought I'd also include the facts that I have a queue of about 46 hours worth of audio podcasts to listen to, 64 TV show episodes to watch on top of my daily YouTube videos, and there are also 4 or 5 movies I want to watch, and I obviously haven't found the time to watch any of them.
Posted by JC at 11:23 pm