I got to see most of a stunning early house yesterday (Friday morning). My boss has a client who lives in Morrisburg (a city east of Cornwall) who he's done several pieces for, and we had to go and pick up an old sofa to be recovered.

We arrived early, so we walked around the property, and I took some photos.

My best guess is that the house dated from around 1830-1840, but it could possibly be earlier.

House from the road: 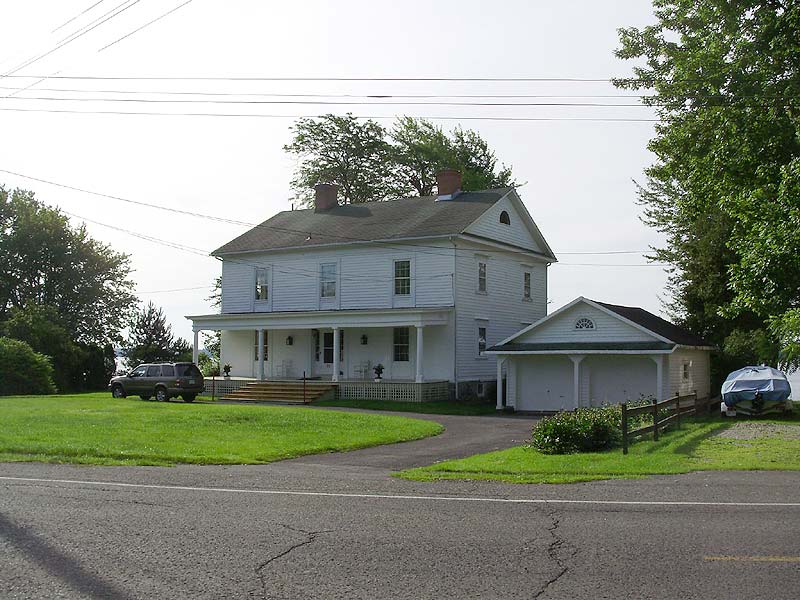 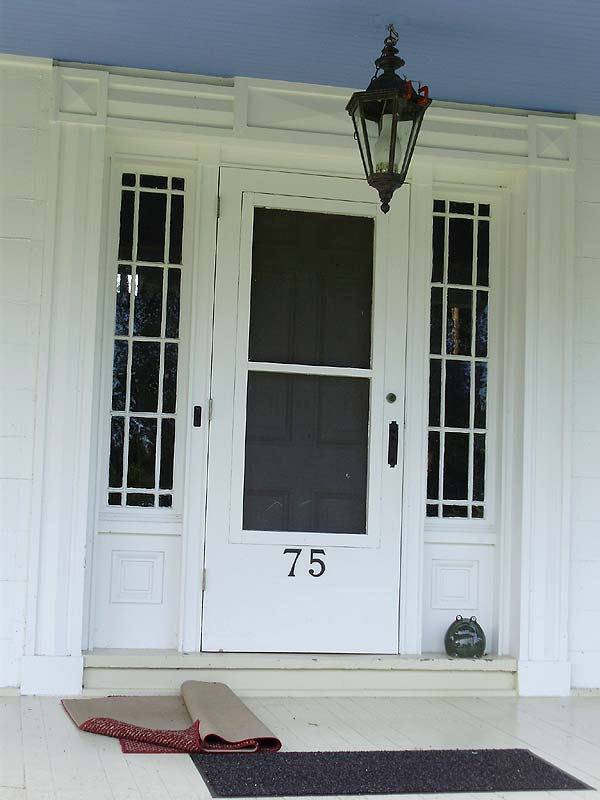 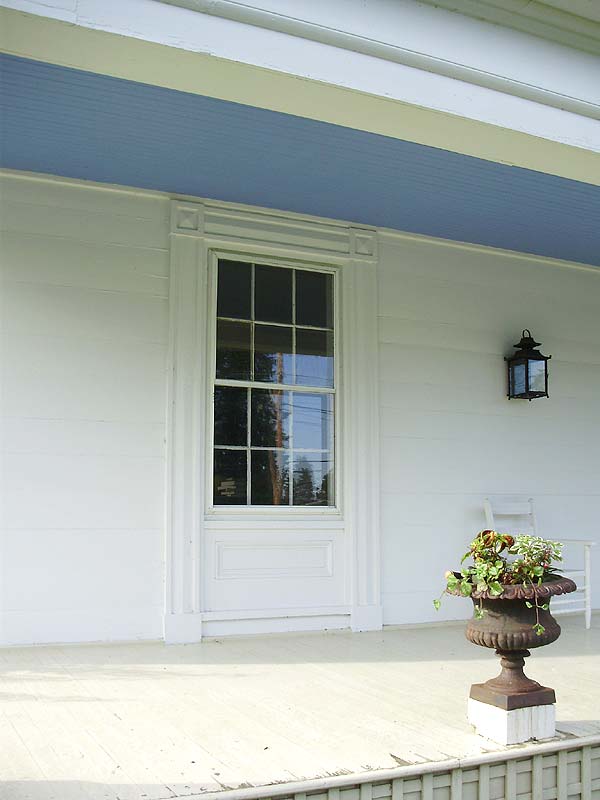 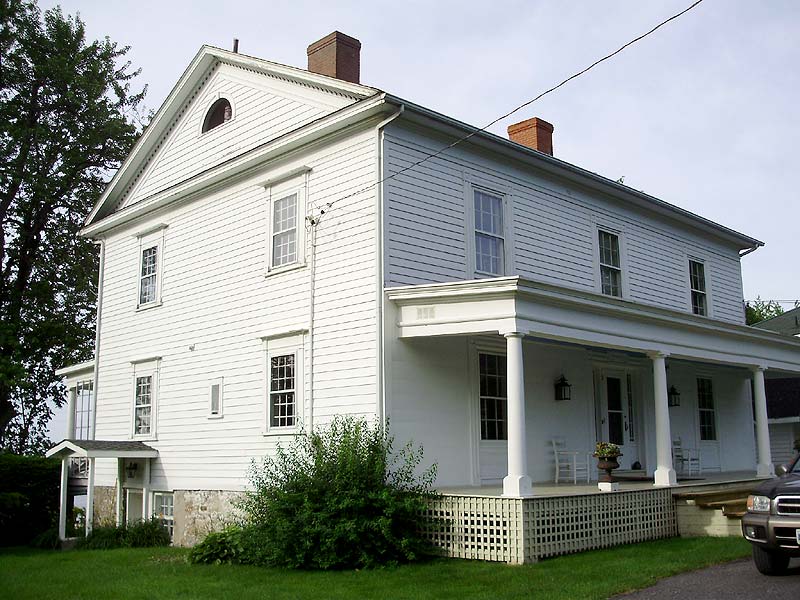 The facade of the home has different mouldings than all the other doors and windows on the house. All the others are a typical early Fedeal/Georgian 1840's style, while the front ones have a more Greek Revival look to them. 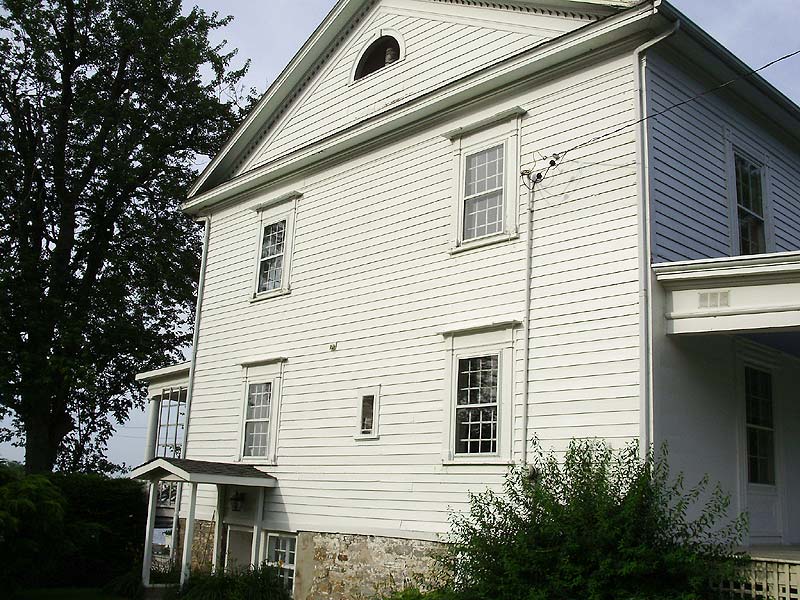 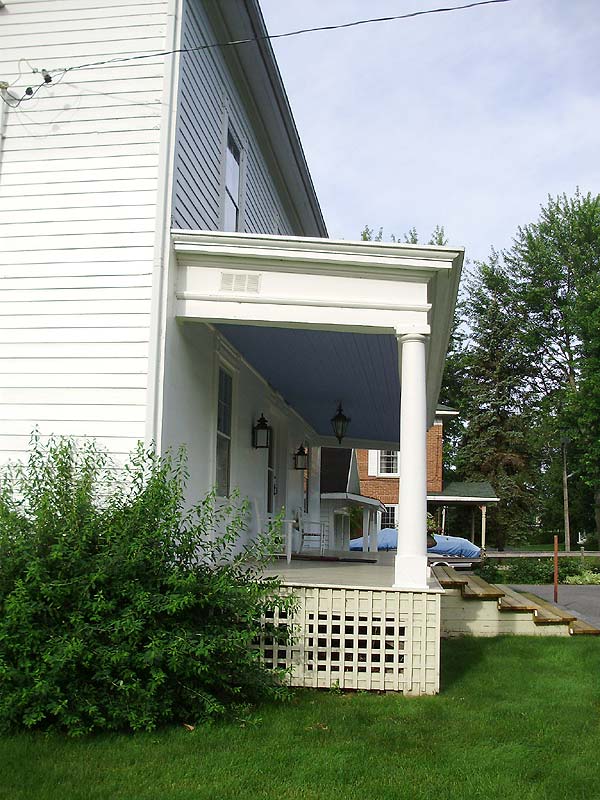 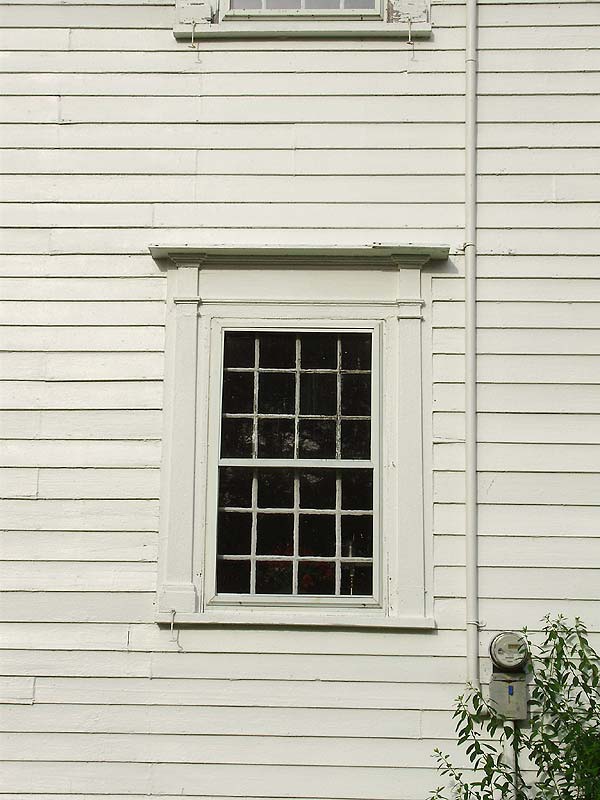 Beautifully executed dentil moulding all around the top. 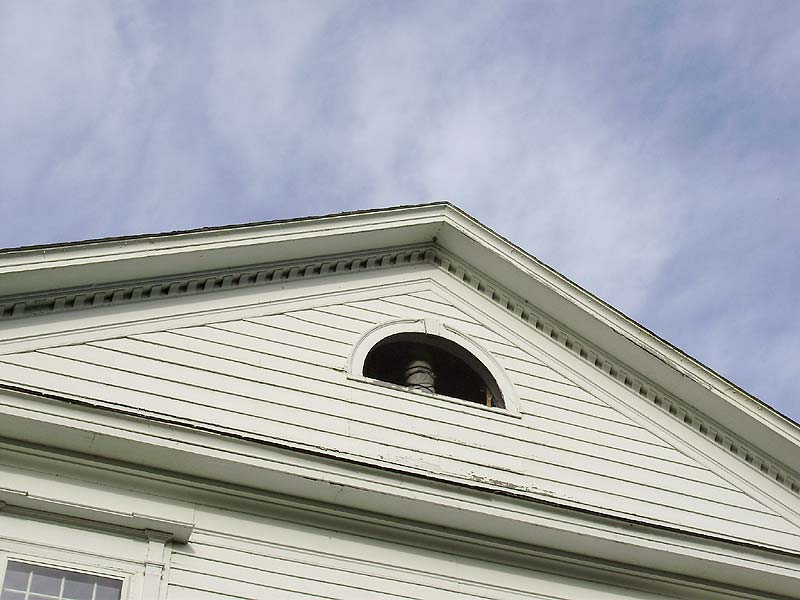 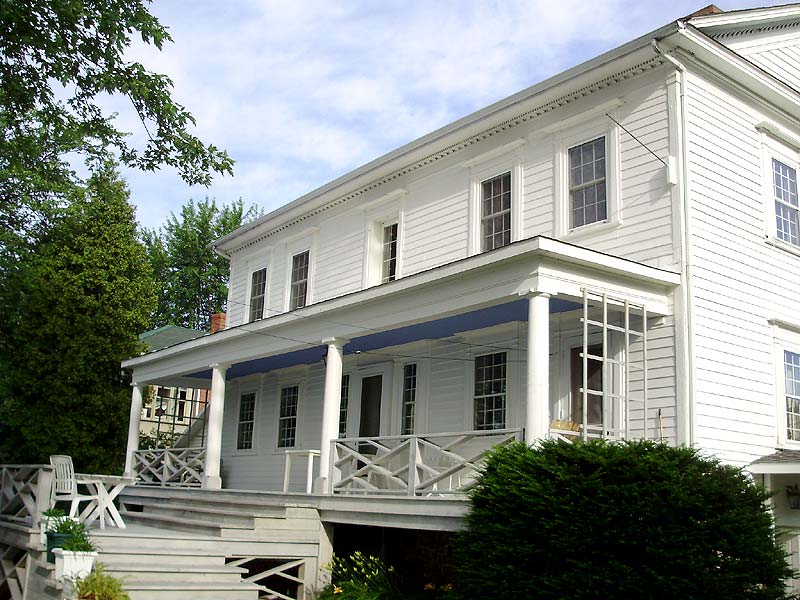 Main (back?) door in the centre, and the door on the right leads to the kitchen. I thought I had a better photo of the rear door, but I forgot to take one. The fluted columns and trim on it were stunning. 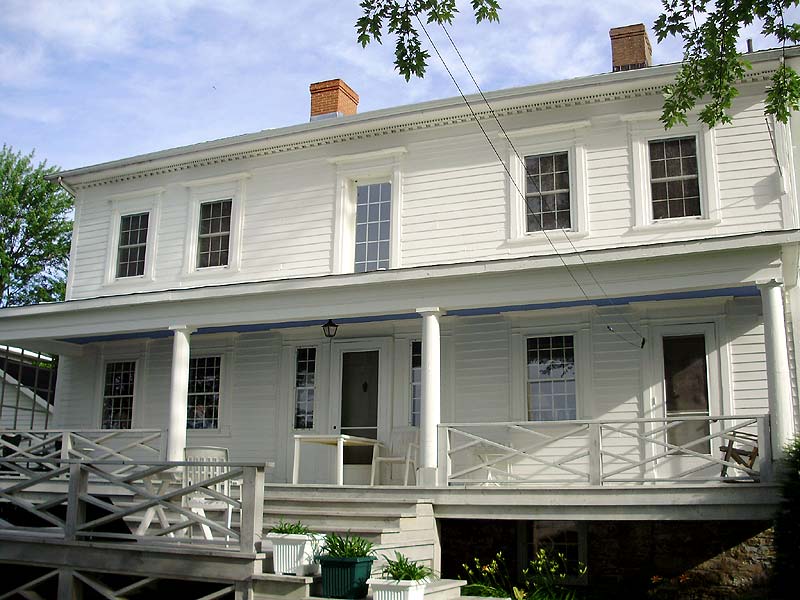 Garage detail. I would assume that the two fan windows currently removed on the main house (for ventilation?) have the same shape. 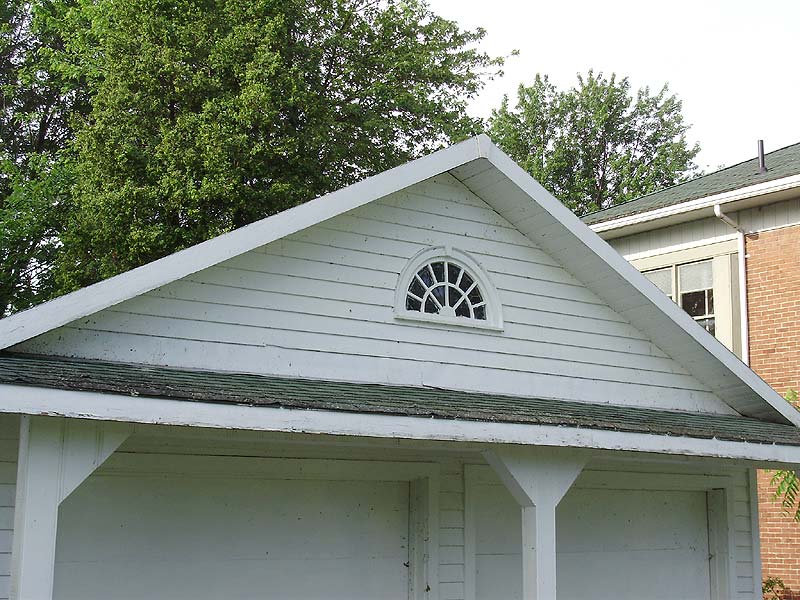 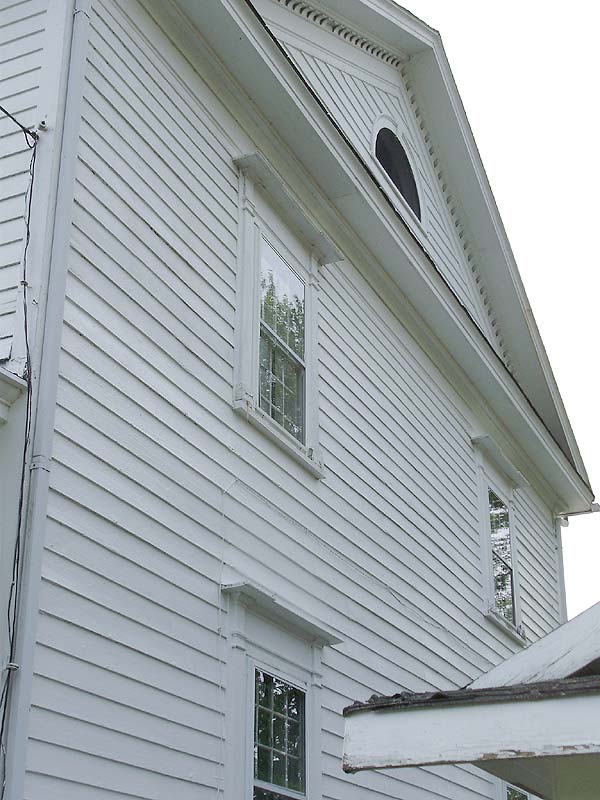 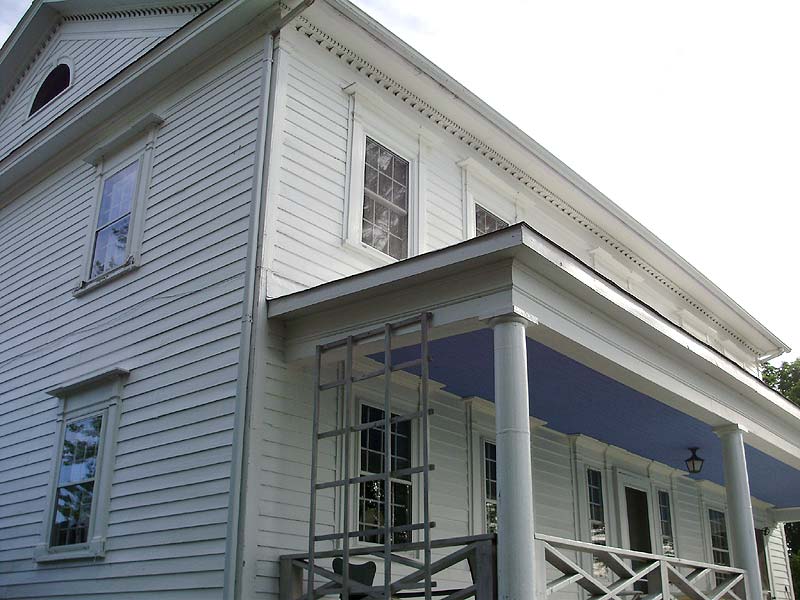 This house sits right on water front property with a beautiful view. 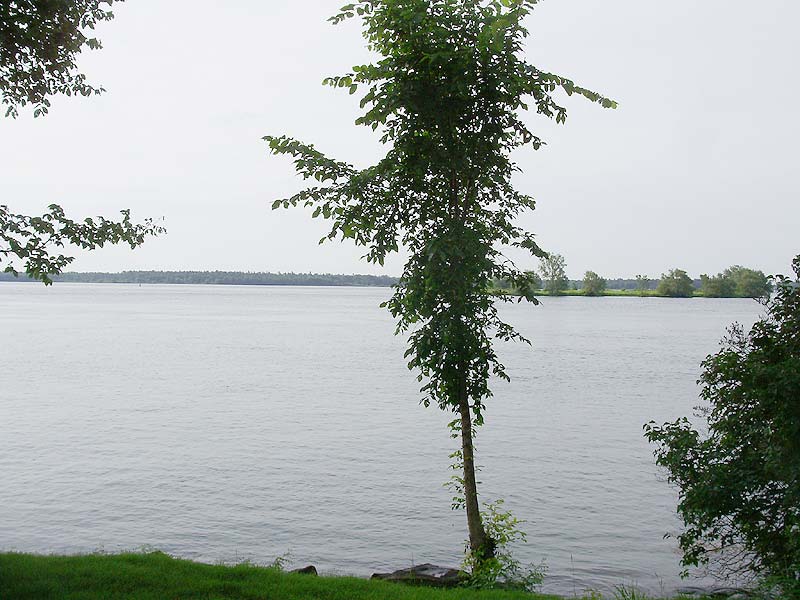 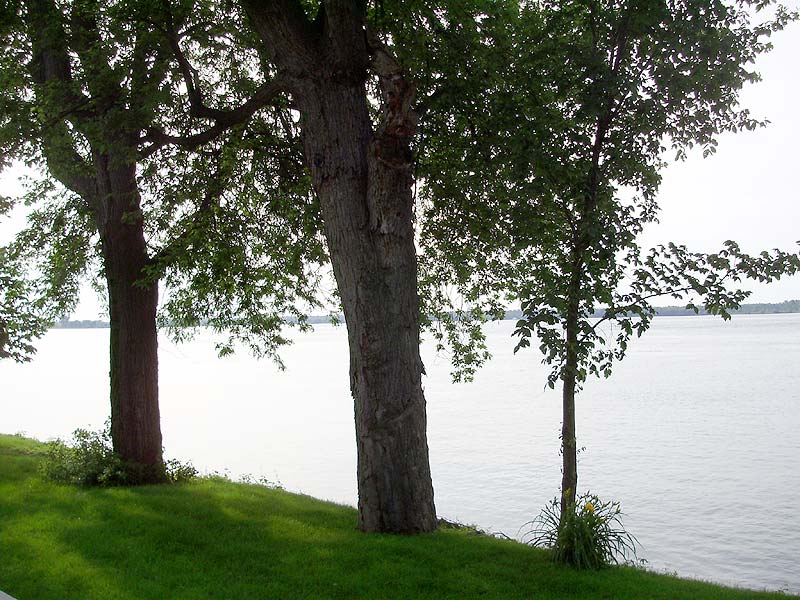 Believe it or not, but apparently the previous owner's children had no interest in the house after they moved out (or died - I can't remember, but they were very old), and the house was possibly going to be torn down before the current owner bought it. He also owns another beautiful Victorian house directly across the road. I forgot to photograph that one (it wasn't as interesting) but I snatched this photo off Google Maps: 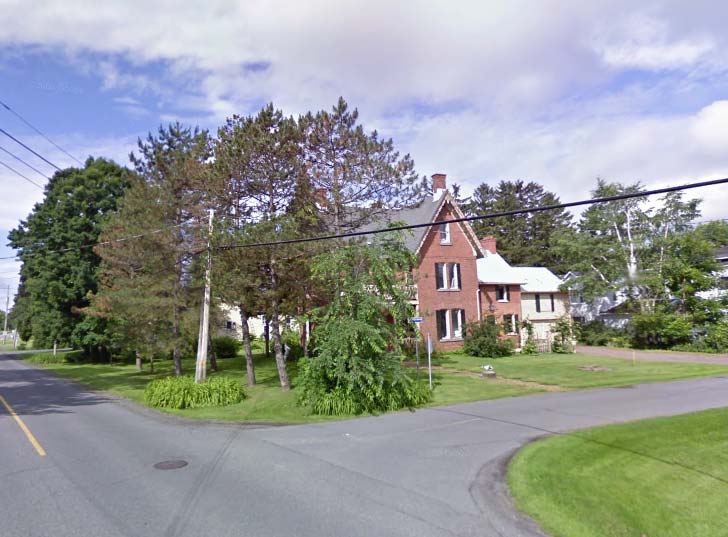 I did get to go inside, first for the sofa, which was in the basement, but also afterwards, too. I wanted to take photos, but I would have needed to ask permission, and I had just met the guy. The entire house is like a time capsule. The main hall (and most of the house) was still covered in VERY old wallpaper, some of which was peeling, and showed signs of water damage. There were old radiators with exposed pipes going up to the second floor. I did notice that some incorrect strip oak floor was laid down on the main floor. I didn't really get to tour the house, but I had peeked in some windows, and one back room was a library/study with wood & marble fireplace and original built-ins, the main staircase had a very old urn shaped newel post (mahogany but later painted white), with the hand rail still in the original mahogany.

The owner also had a ton of beautiful antiques, including early American Empire pieces, art, and all sorts of other furniture & accessories. I was told that he also has old cars.

I did go up the stairs, and this is where I was really confused, intrigued, and surprised by the layout. Up the main staircase (which is on the left side as you walk in the front door), you end up in a hallway with a bathroom in the centre (to the front of the house), and then 4 bedrooms. Two smaller rooms to the front of the house, and two rooms at the back. Here's the interesting/bizarre part. Both interior walls to the two rear rooms were done in large louvred panels around a large decorative casing. Basically the entire walls (floor to ceiling) could be folded away to create one large room out of essentially 3 rooms (both rooms to either side of the staircase and the centre hall). The main doors into the rooms were part of these panels. I drew up this line drawing to show the layout of these. The entire thing was done in thick hand-planed wood, with pegged joints. They were painted white, but you could see the plane marks (facets in the surface), and the peg locations.

My boss said it might have been an Inn originally. 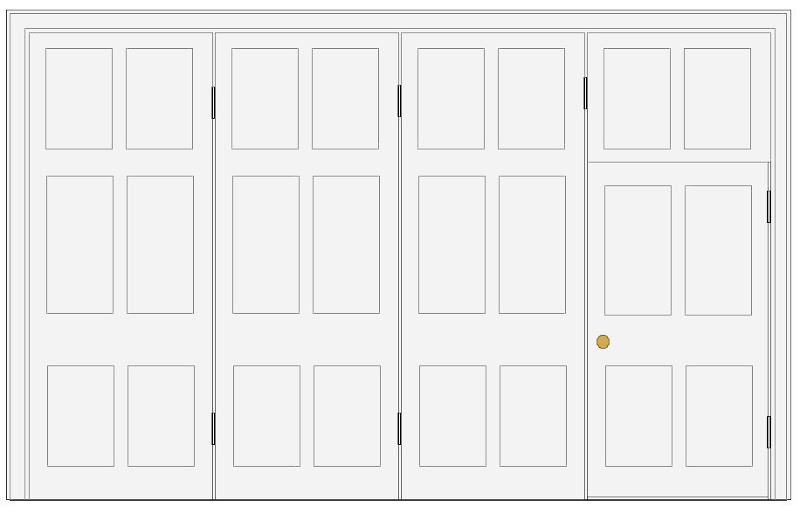 Lastly, this was another beautiful house just 2 doors down.