It's late (3:20am), but this should be a relatively quick post to write.

With the old tongue-and-groove removed from the chimney cabinet, I was able to start patching all the damaged/rotten boards in the ceiling. This was the first of the two long centre boards: 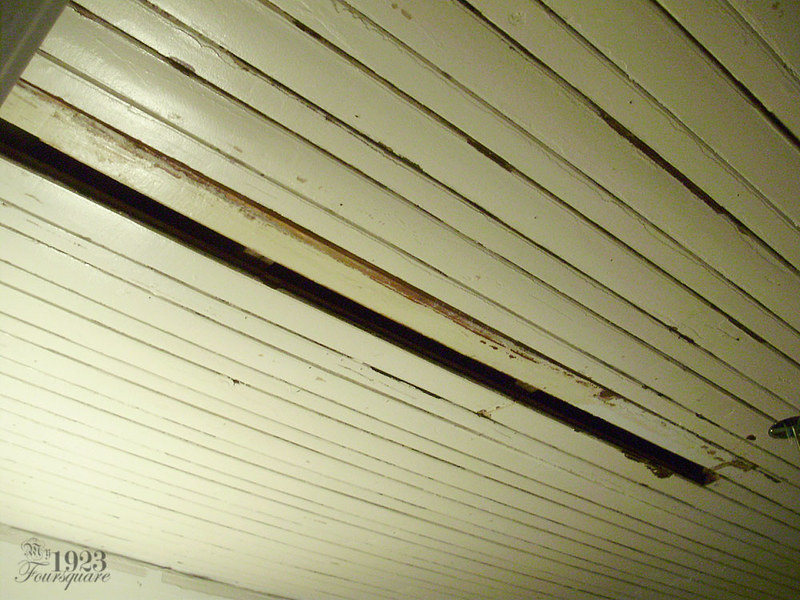 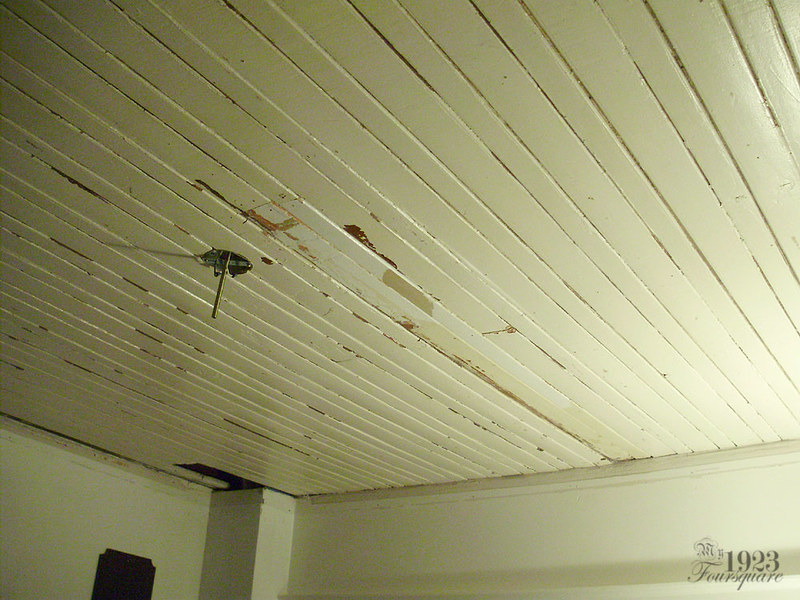 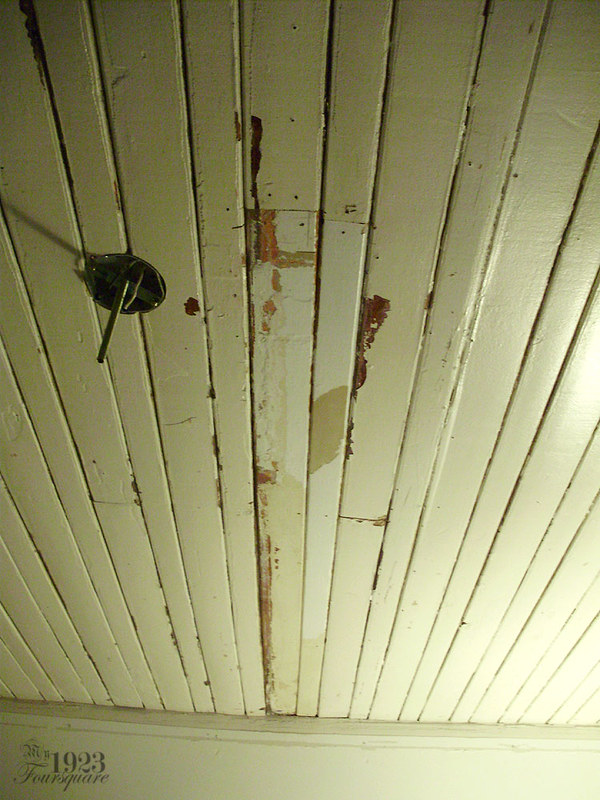 Staggered joints in the middle. 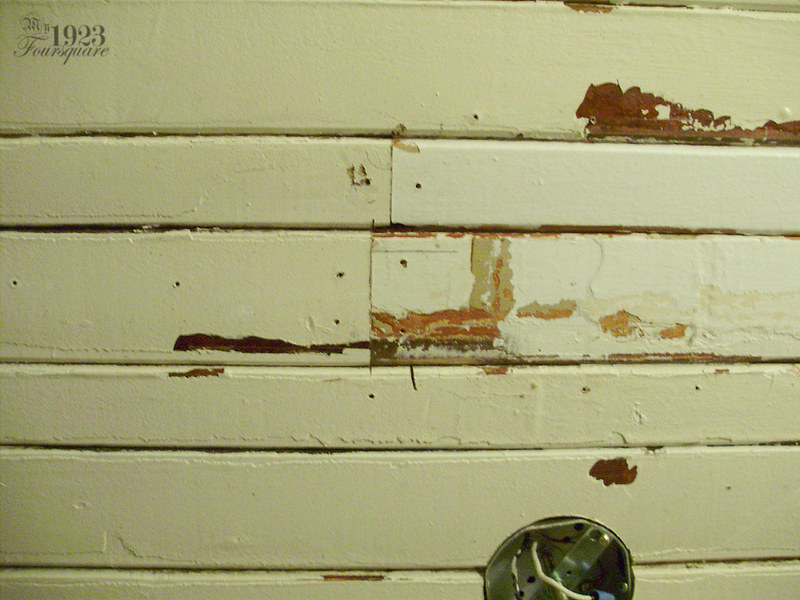 Some of the short boards were attached with this scrap piece of wood which was installed with screws from above. The screws were installed using a small hand-held ratcheting screw driver. 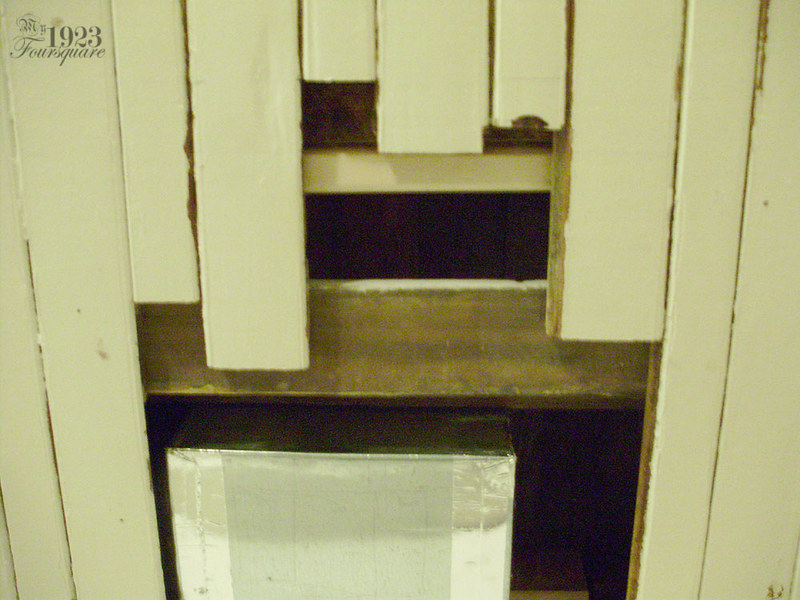 First two boards. Screwed from above, and nailed at the edge of the wall. A small clamp (seen later) helped keep pieces in place while driving the screws. 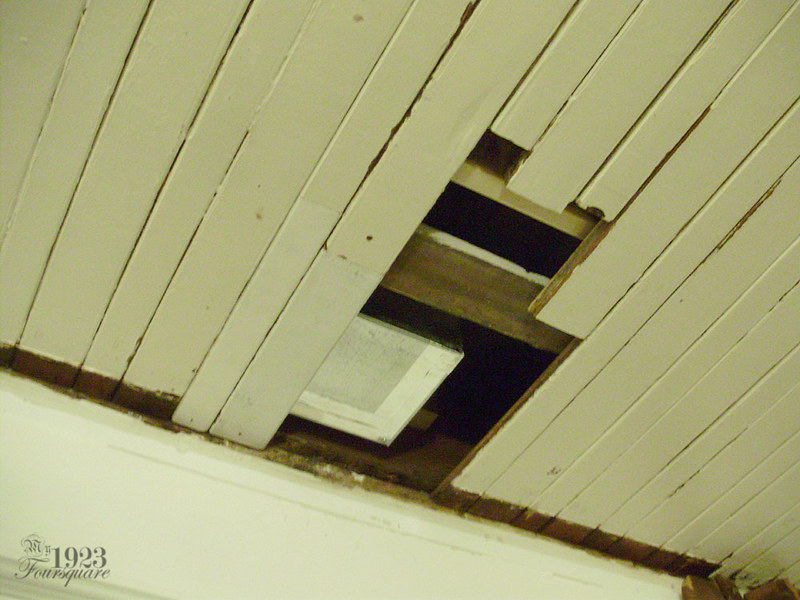 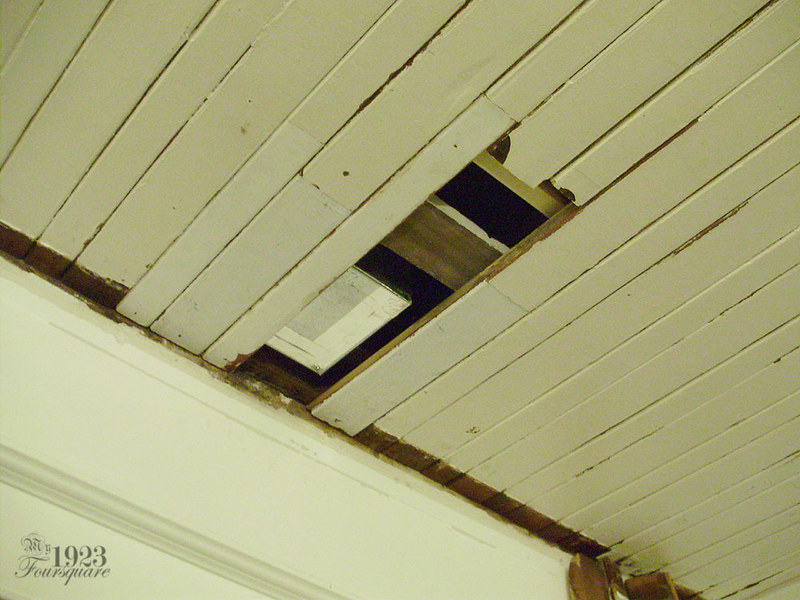 The last few were nailed to the floor joist. 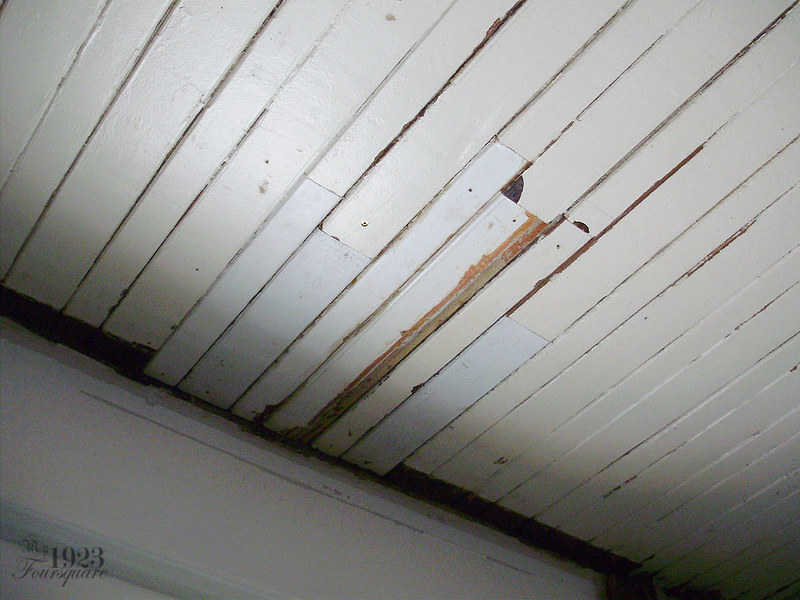 I used the same system near the bath drain and heating duct corner. 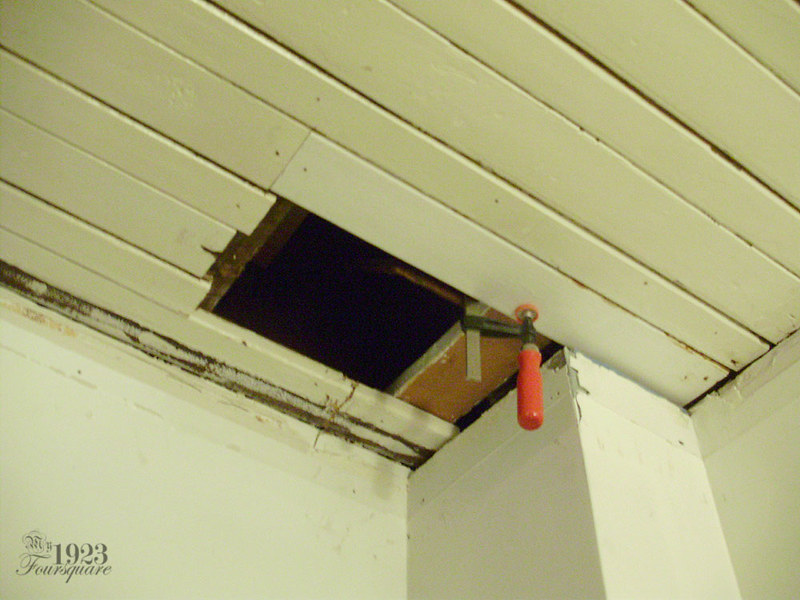 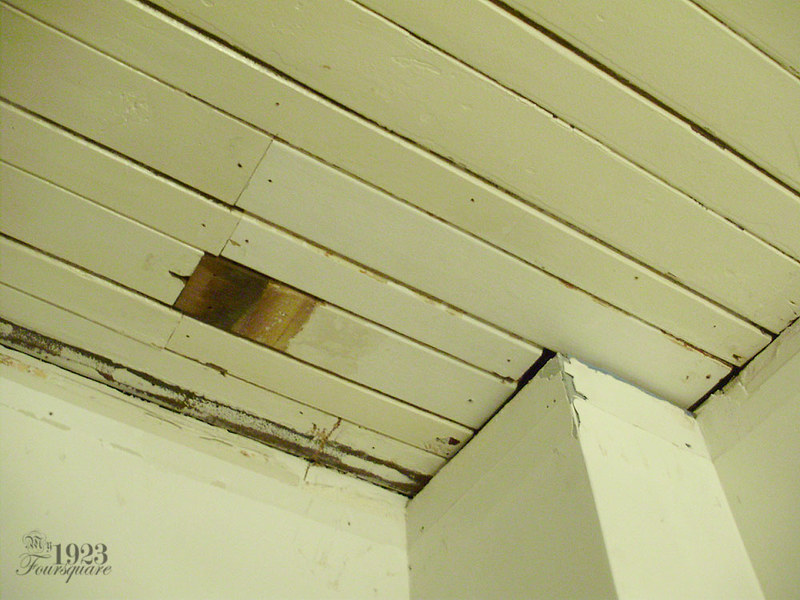