This is going to be a bit short. Just photos of the partial demo of the kitchen (mainly the floor). Pierre worked on this while I was doing other (more complicated) repairs. At the same time as the kitchen was being worked on, the other section off the kitchen (formerly a laundry room, pass-through into the barn, and the stairway into the basement) were being modified and renovated into a laundry room and bathroom combo, which I will show in the next post.

Here's the first look at the kitchen floor. It appears to be the same kind (or nearly the same) of thick 1 1/4" tongue-and-groove solid maple floor as what's in the living room. It has been painted grey at some point. 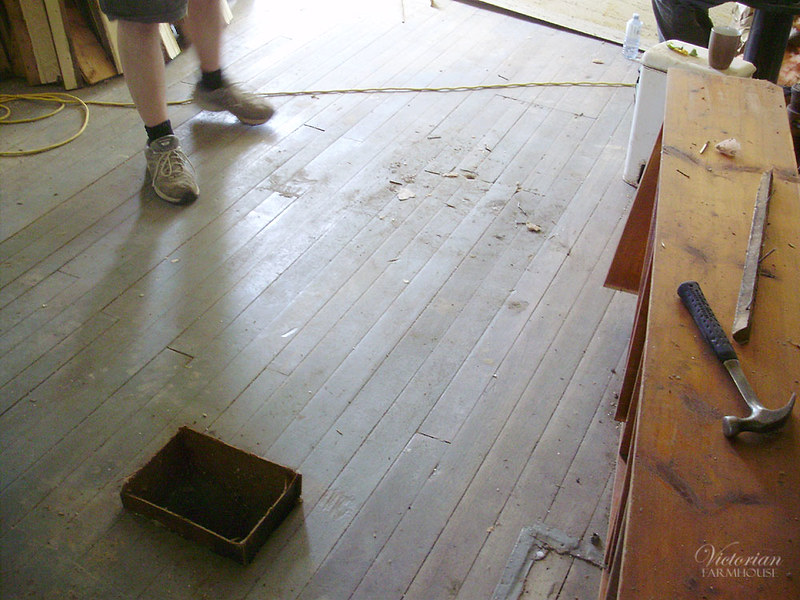 Angelina's uncles were hired to do the work in the laundry/bath and this is the kind of mess they would leave when they left for the day. Pierre and I spent some time cleaning up the scrap wood, and putting away the garbage. 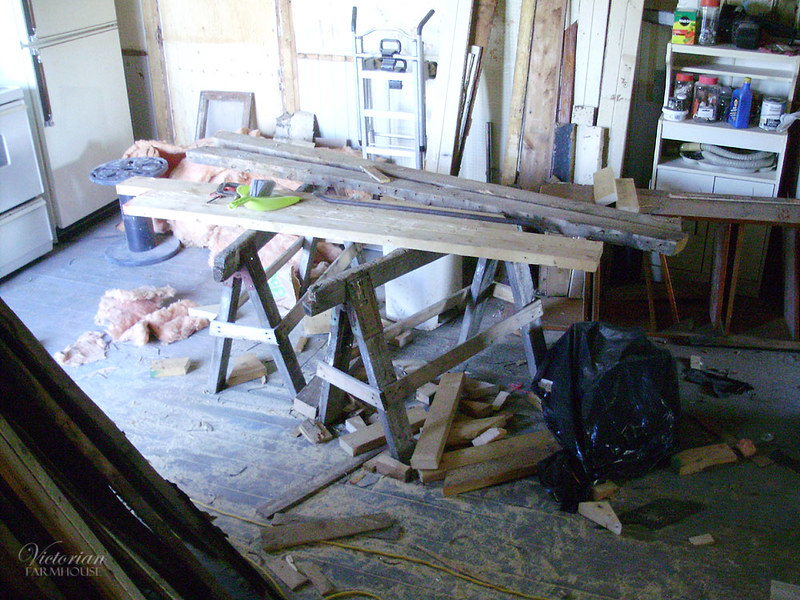 More views of the kitchen floor. 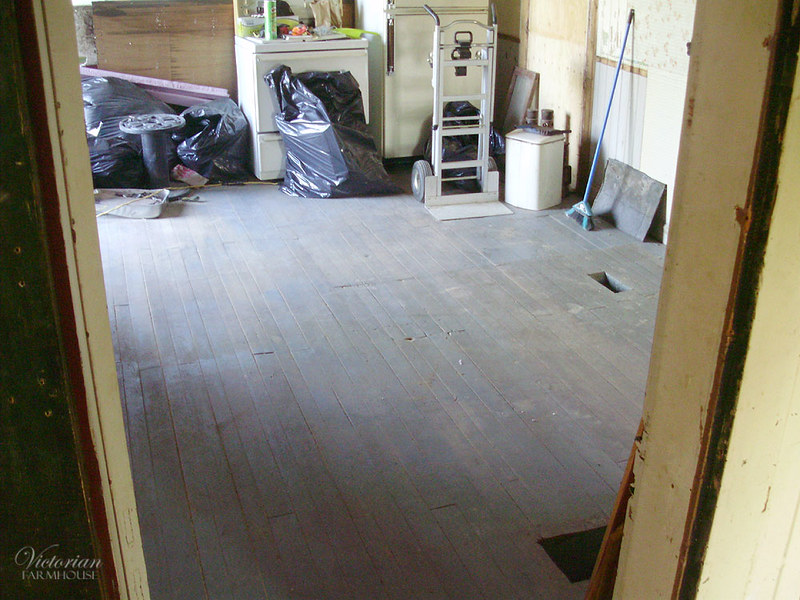 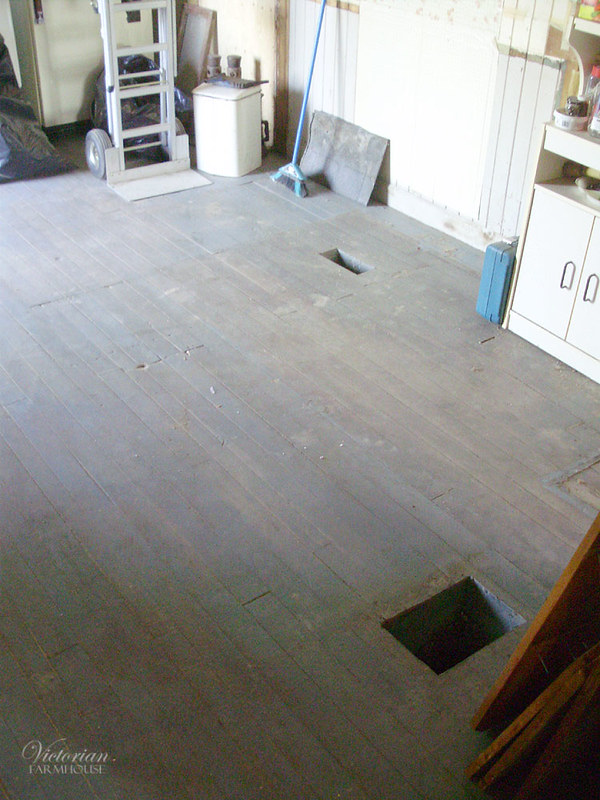 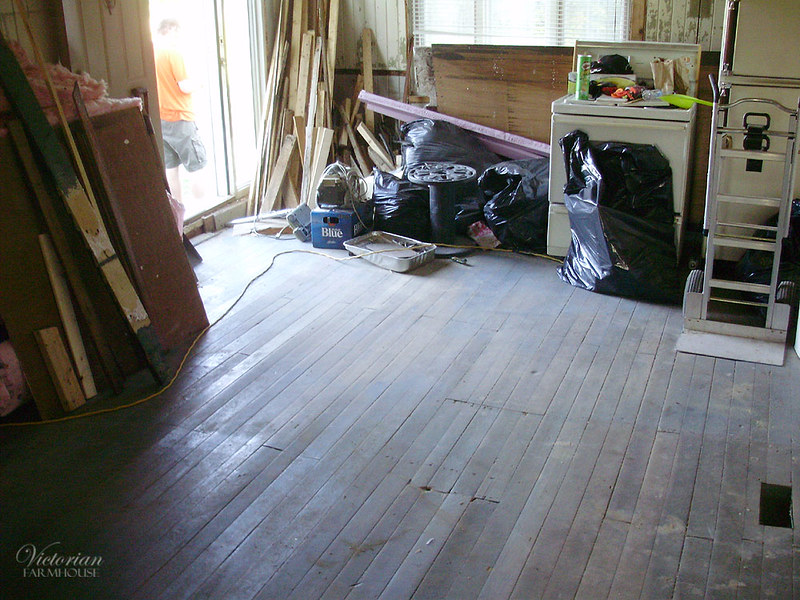 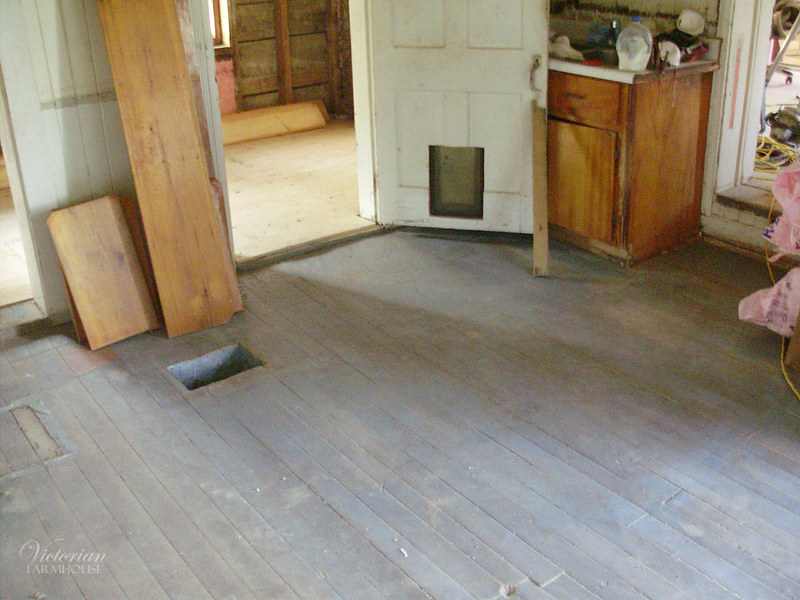 This spot in the floor is not exactly a trap door, but it's the only spot in this addition where you can access anything under the floor. It's a stone foundation, not very deep, and there are no openings anywhere else. The floor boards are loose, and nailed in place at the edges. 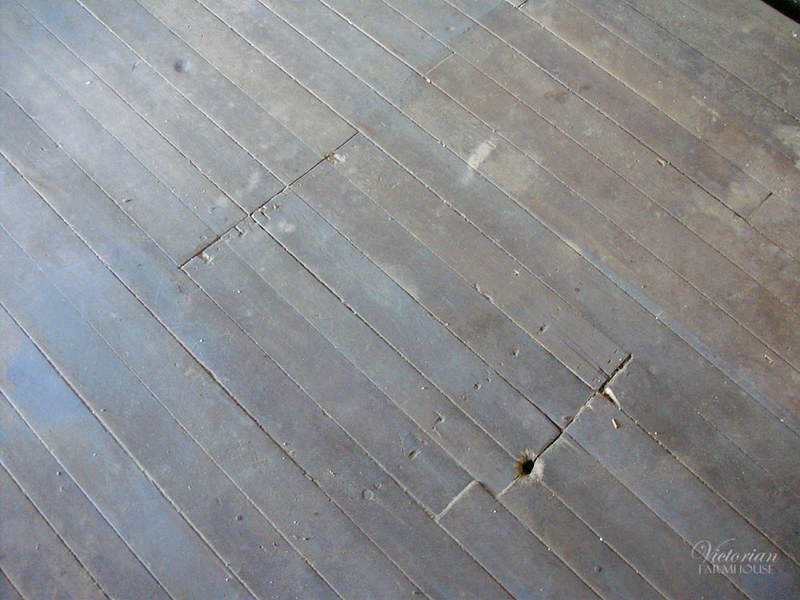 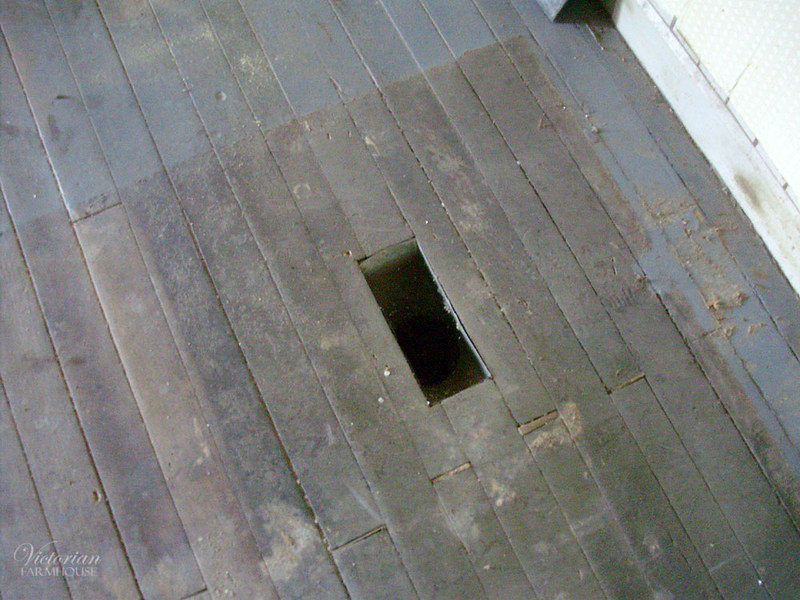 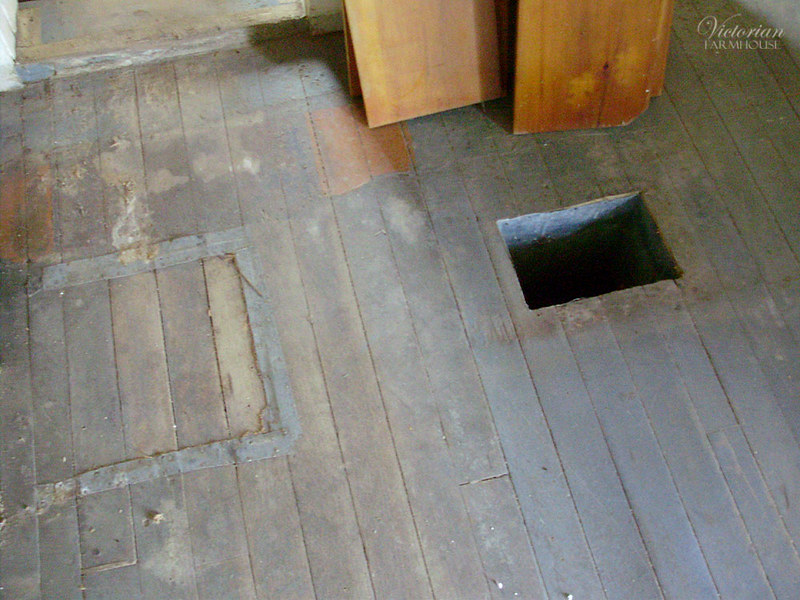 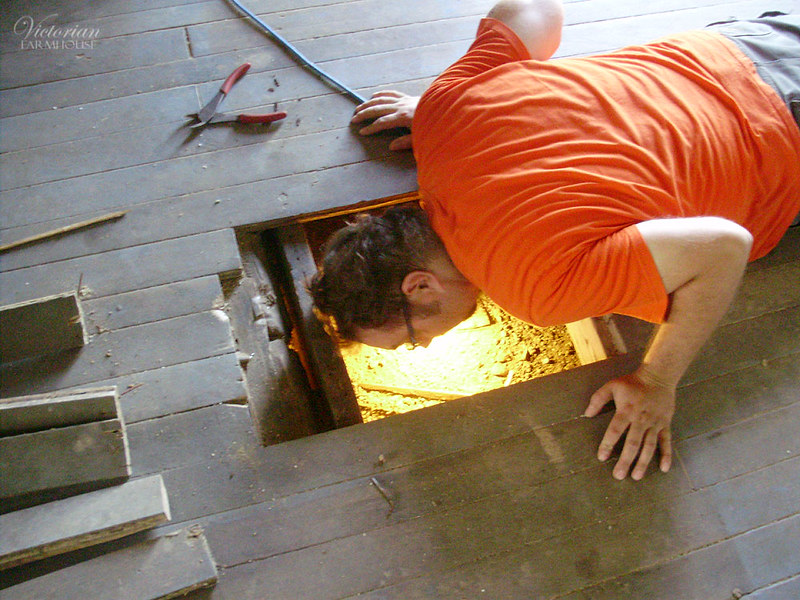