Just before bed last night (early this morning) I tossed something in the garbage in my garage, and I noticed the smell of smoke. It almost smelled like matches. I thought this was very odd, so I went to the front of the house and looked around. Immediately to the south-west was a huge plume of smoke, with the entire neighbourhood filled with a fog of smoke.

I'll note that this was at 3:50am, just when I was going to be headed to bed (very late). I decided to throw on my coat and go have a look. The weather was very mild, and I didn't need to be up early. This is a rather dark photo showing the view from my bedroom window (through the tree): 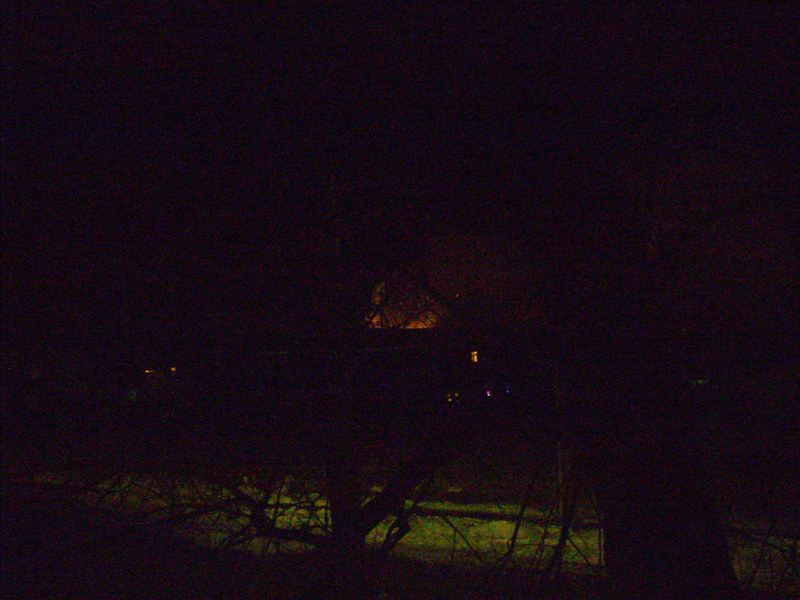 The house fire was just 2 blocks away, and a block north of my mother's place. 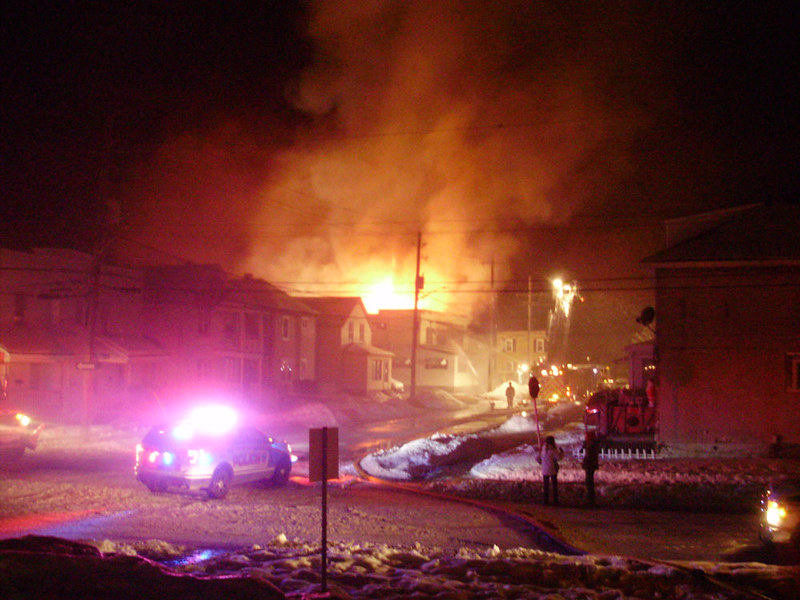 The fire was on the corner of Gulf and Fourth, and this is a large corner building that has been converted into apartments. I think the bottom used to be a corner store at one point. The building is at least a 3 or 4 unit apartment building. 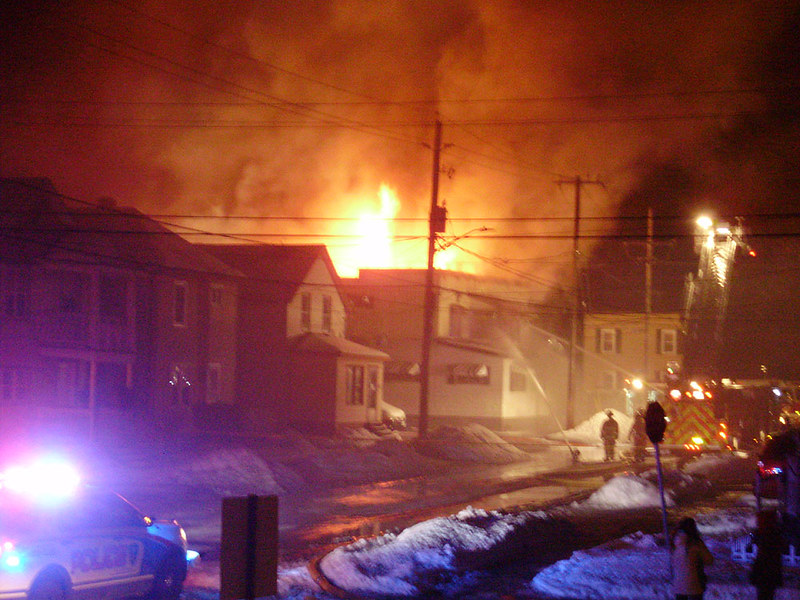 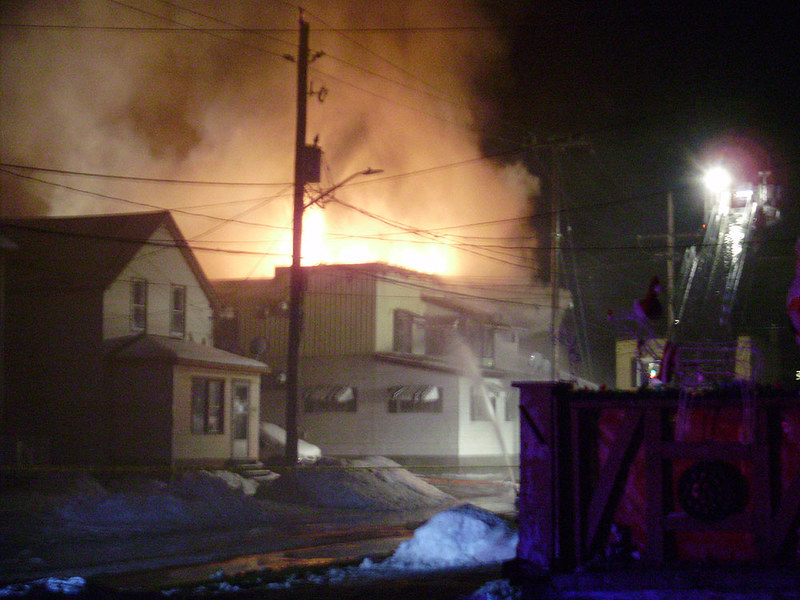 I had to go all the way around the block to see the other side. 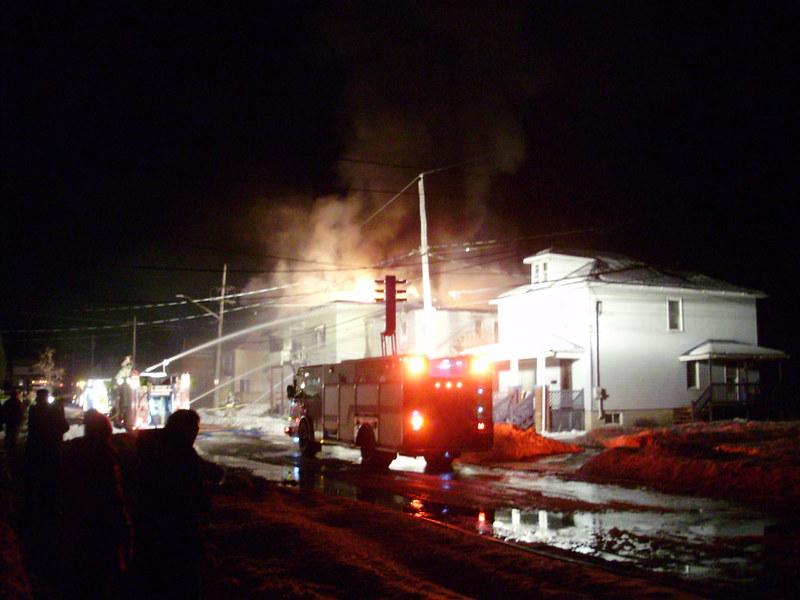 Sadly the building next to it (at least a duplex) also burned. 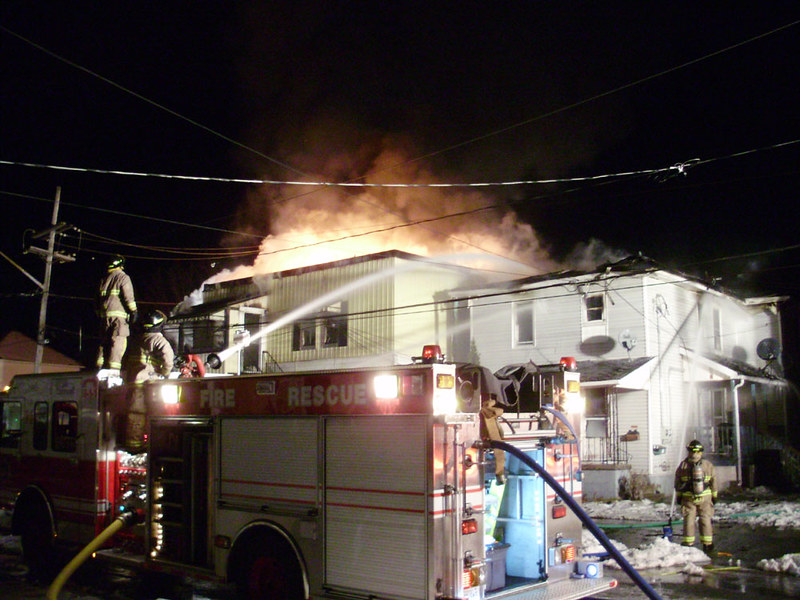 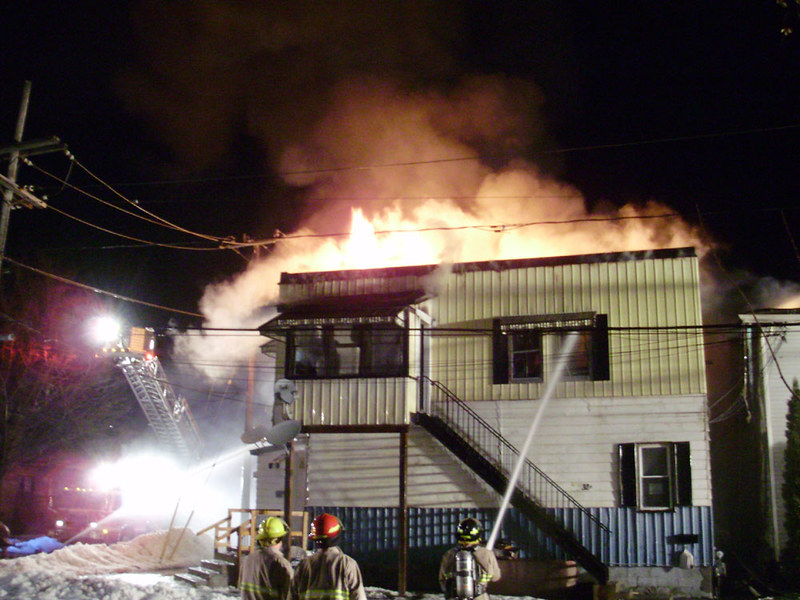 This is so sad. I can't even imagine losing everything just 2 days before Christmas. I don't know if anyone was injured, or how many people lost their homes. 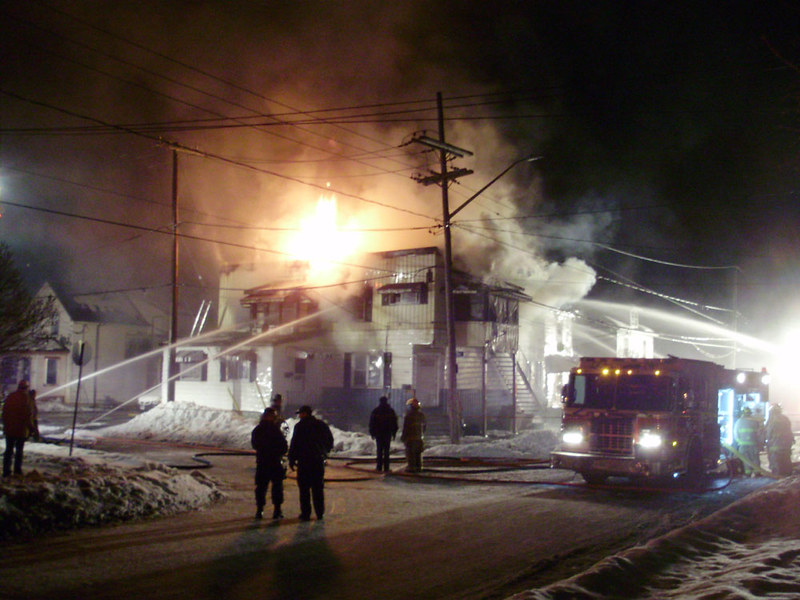 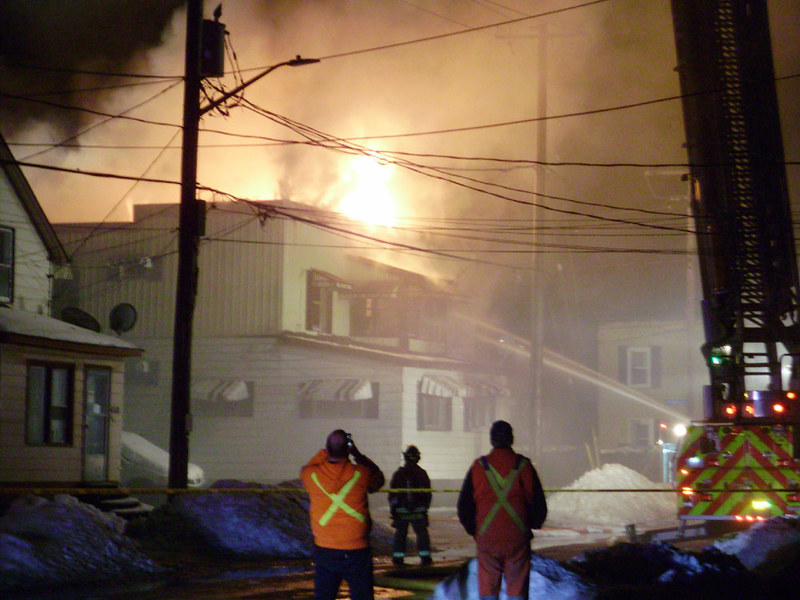 Apparently there was also a big apartment fire at 331 Clark, just a few houses away from my close friends. That building was severely damaged and is a six-plex. I didn't know about that fire until a few hours ago. I'll see if I can take photos tomorrow. While researching news about local fires, I also discovered that just 2 houses away from my workplace also had a fire (another house converted to an apartment building) on Dec 12th.
Posted by JC at 5:21 pm