Alright, for my first attempt, and using only painted glass rather than the real thing, I'm pretty happy with how it turned out.

The part that I thought would be the easiest for me, was actually the part that gave me the most trouble: the soldering.

First off, I didn't have the right solder, and of course no one in Cornwall sells lead-bearing solder anymore, so I had to use old lead solder that I had on hand, but with rosin core (which I will NEVER use again for this). With the combination of heat and flux, I ended up getting a whole bunch of sputters of little bits of rosin, which left ugly brown spots everywhere. Some can be flaked off, but most are stuck in place pretty well. I tried a few solvents on them, but they don't really come off easily.

The other problem I had, was that I didn't have the right kind of tip on my iron, and the heat setting kept fluctuating on me randomly. This left me with ugly joints. I ended up cheating and using a mini-torch to make the joints flow nicely.

HOWEVER, using the torch is risky, and I ended up shattering one of my glass pieces. I had to re-cut, re-paint, and re-bake a new one. I also scorched the paint in one small spot.

In this close-up you can see the brown dots and a bit of residual rosin near the joints that I couldn't completely remove (after heavy cleaning): 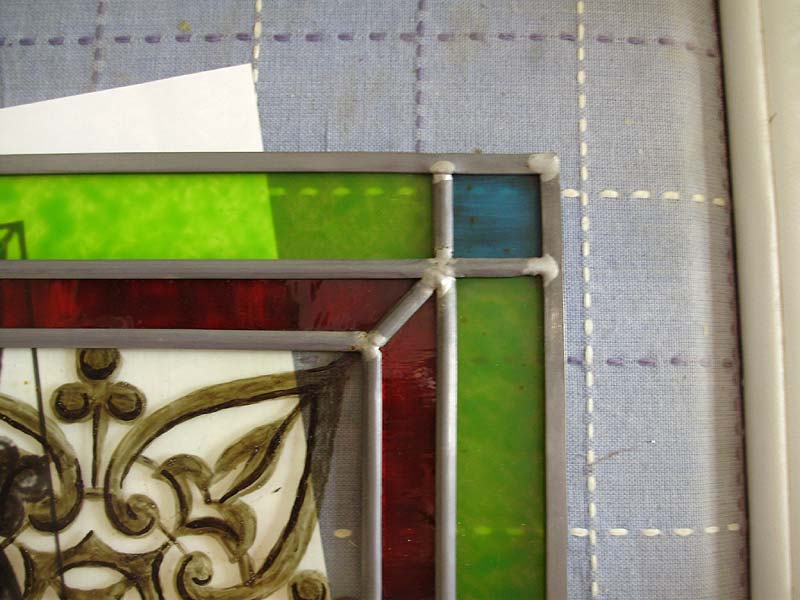 Despite all the issues, the finished piece shows well. 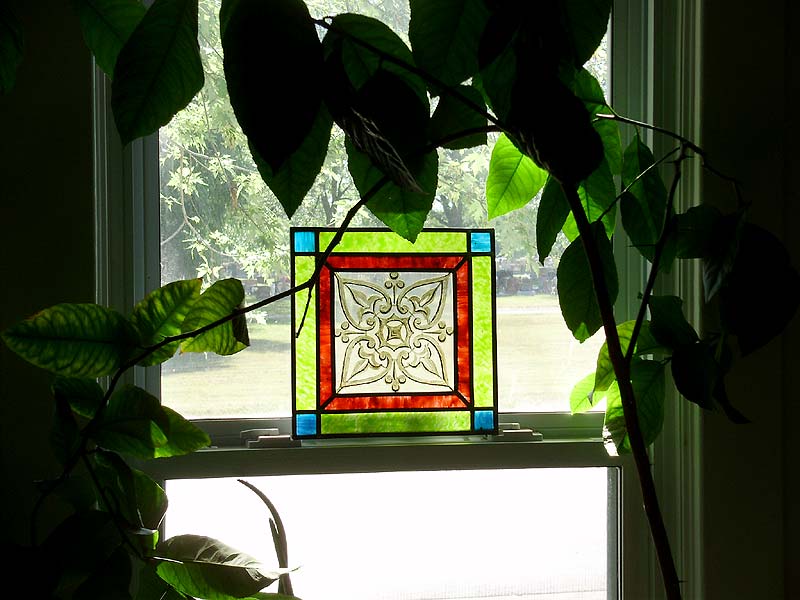 In other related news, I was able to flatten-out the old stained glass panel, and take a tracing of it. 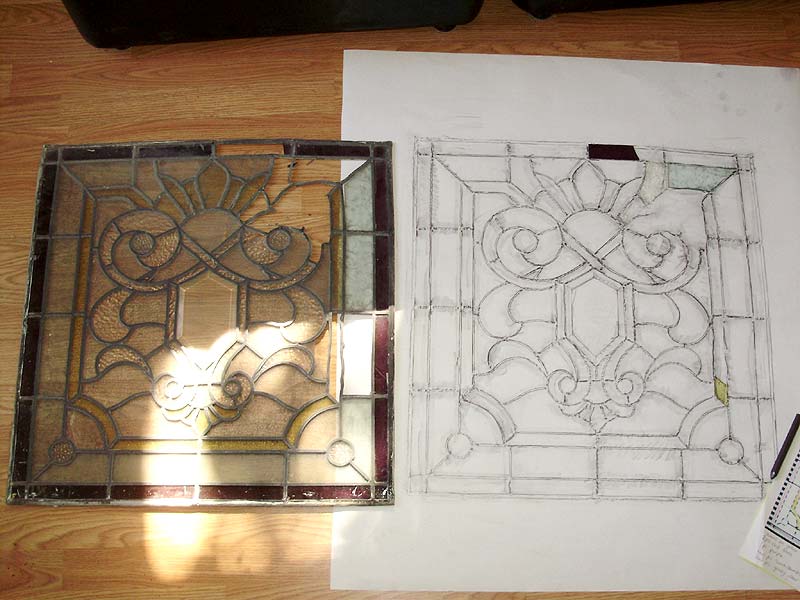 In the meantime, I've been working on the "shop hutch" some more.
Posted by JC at 5:05 pm